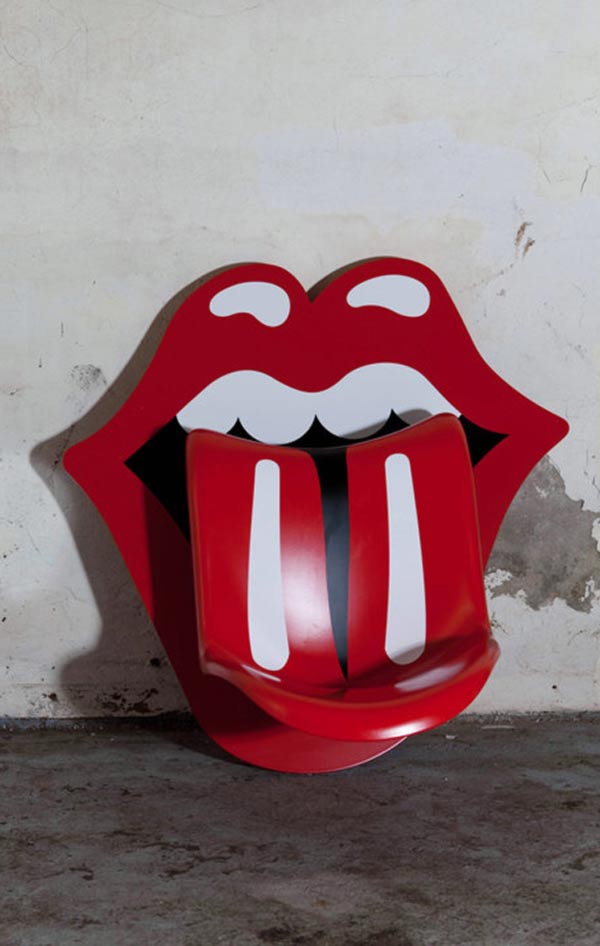 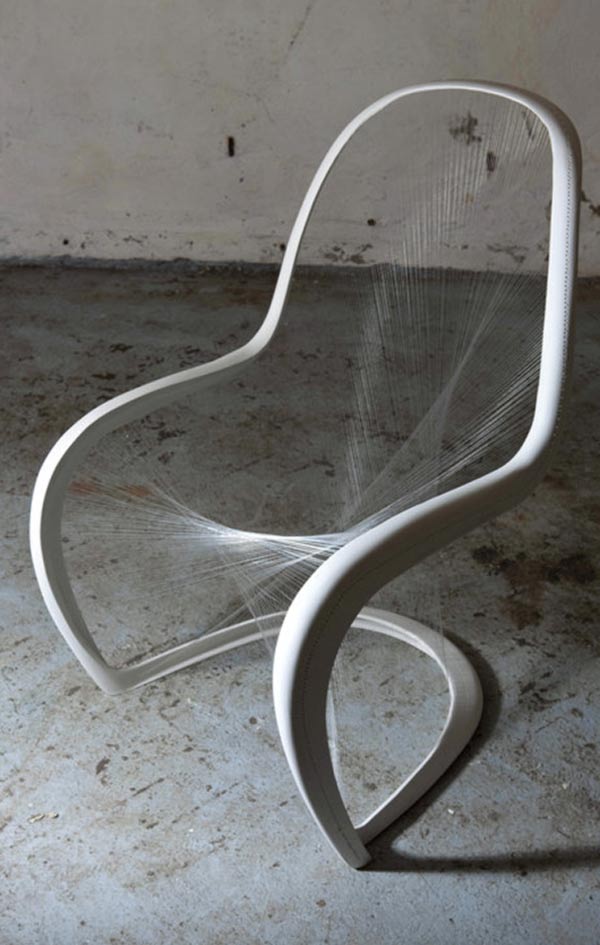 The competition winner by Jump Studios 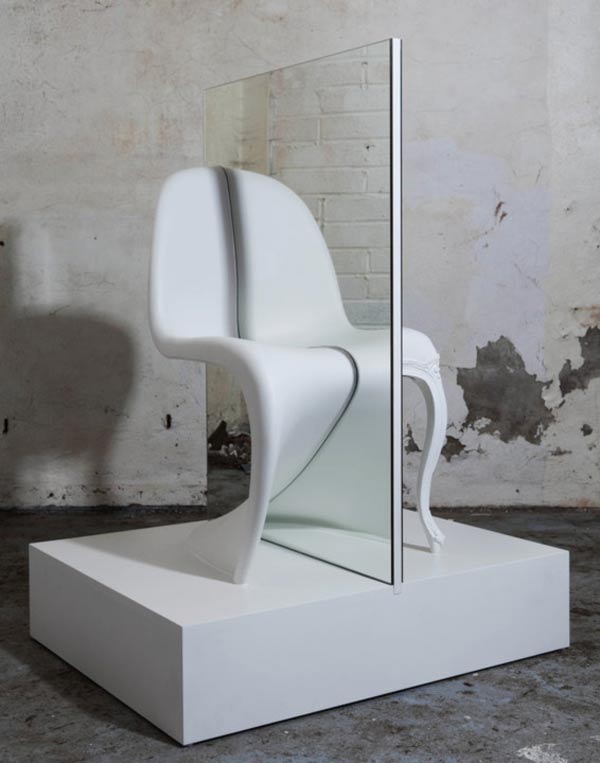 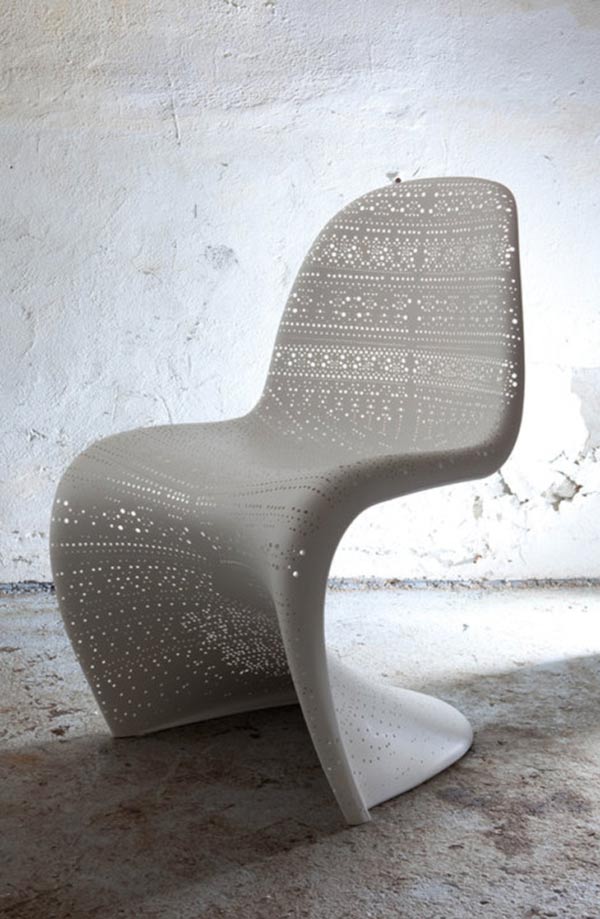 And a holed one

From the Vitra site I learned that the Panton Chair had a long incubation period. So it’s not easy to pinpoint its start. However, in 2010 they decided to celebrate the chair’s 50ieth anniversary. Via Bustler I learned the UK representative of Vitra had invited various British designers to give an interpretation of the Panton Chair at the occasion of this 50ieth anniversary. They received 31 entries. On July 1m 2010 all 31 entries were auctioned. The proceedings of about Â£ 10’000 were passed onto Shelter.
Space Invading features 24 entries. You can find them on Facebook as well and guess what? That’s the Vitra Facebook page. I don’t understand why they didn’t feature this on their site…