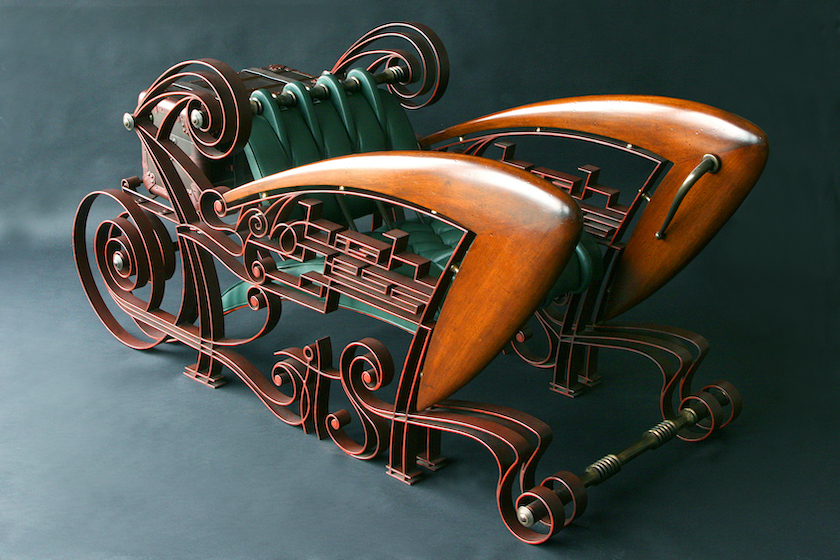 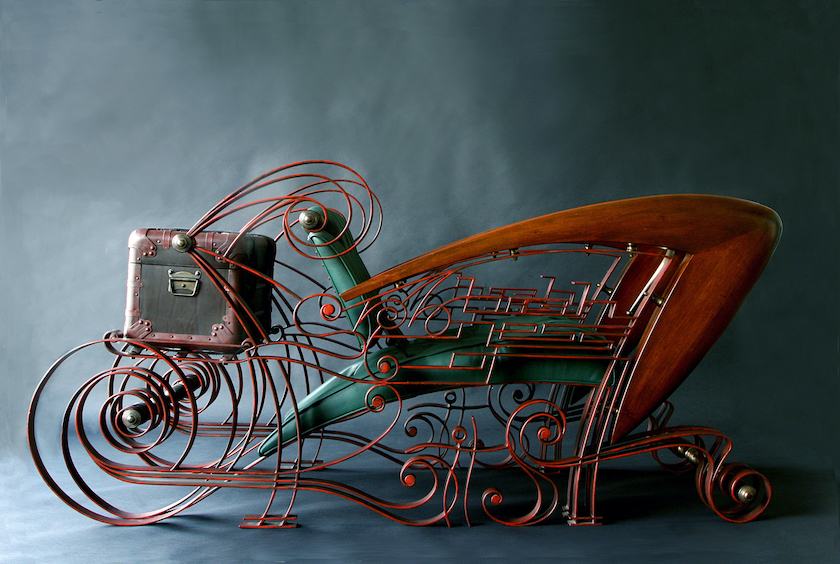 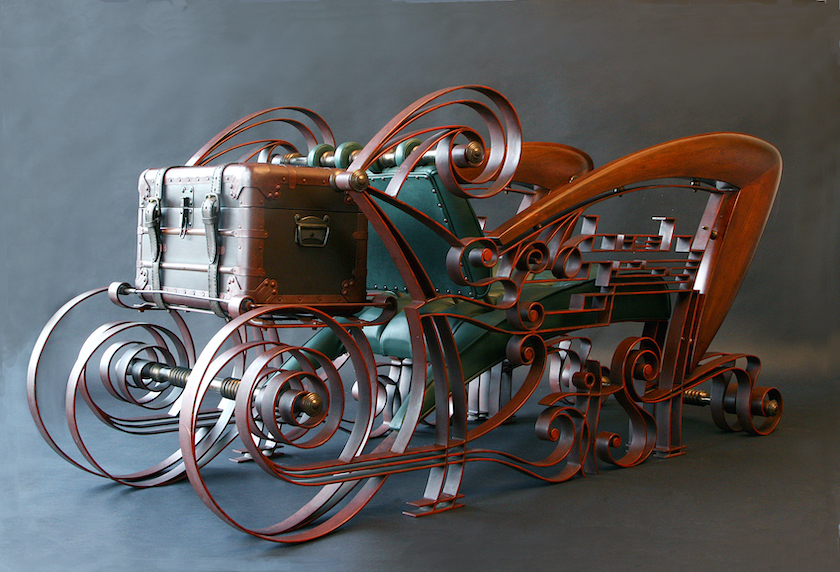 Snobbishness of Kitch Armchair or SOK by Giovanni Tommaso Garattoni

The Armchair For Literary Journeys
The armchair is made of wrought iron, wood and leather.
The seat has a spring structure similar to the ones built on first class railways carriages in 1830’s.
The vintage luggage trunk is used to store all the memories, dreams and fantasies captured along the journey.

It is a tribute both to Alessandro Mazzucotelli, the most celebrated Italian Liberty style wrought iron artist, and to the Streamline Moderne style that emerged in the 1930’s.
The letters composing “Snobbishness Of Kitsch” become the structure that is fighting a symbolic battle
against the language standardisation imposed by mass culture.
A concept inspired by the futuristic visions of Fortunato Depero and Rammellzee’s Ikonoklast Panzerism. 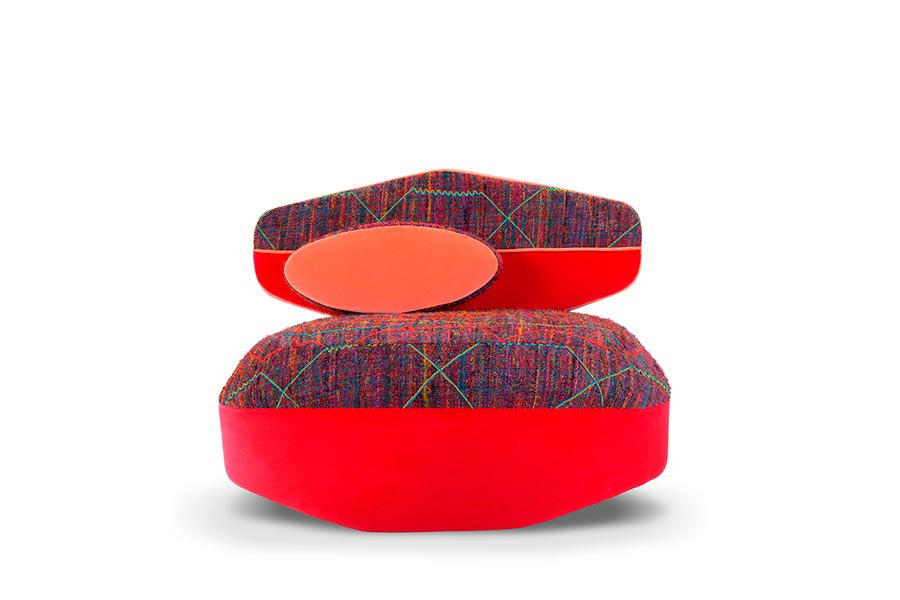 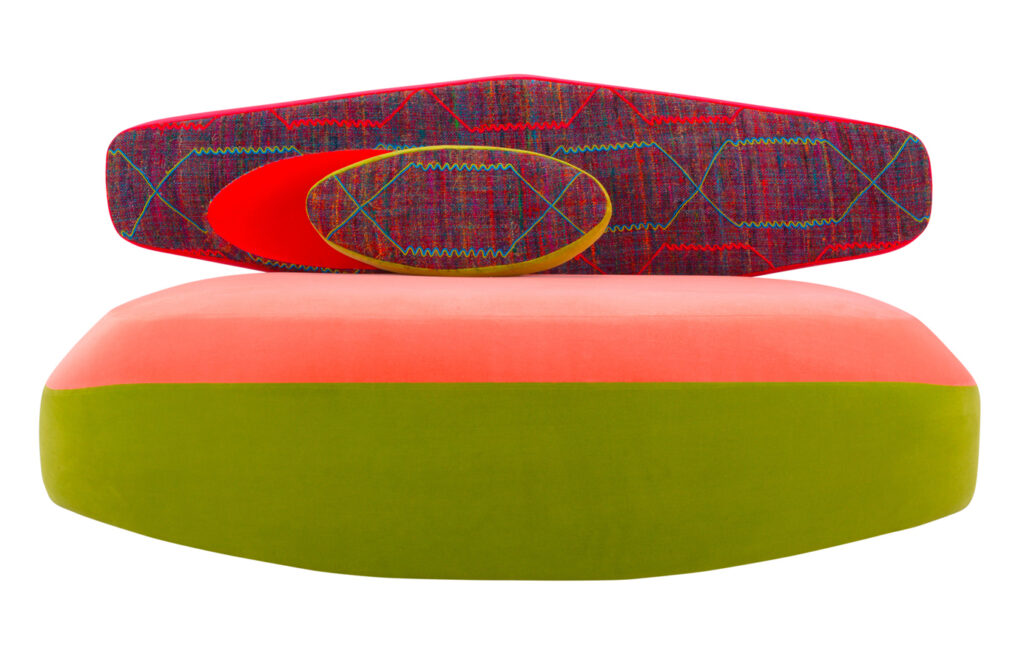 Big Sofa by Giovanni Tommaso Garattoni for Adrenalina.
# 5 of the Private 999 Armchairs Book As it is #5 of the series I’ll devote a new catagory to the 999 Armchairs private book. Otherwise there will be 999 pingbacks to the original post. 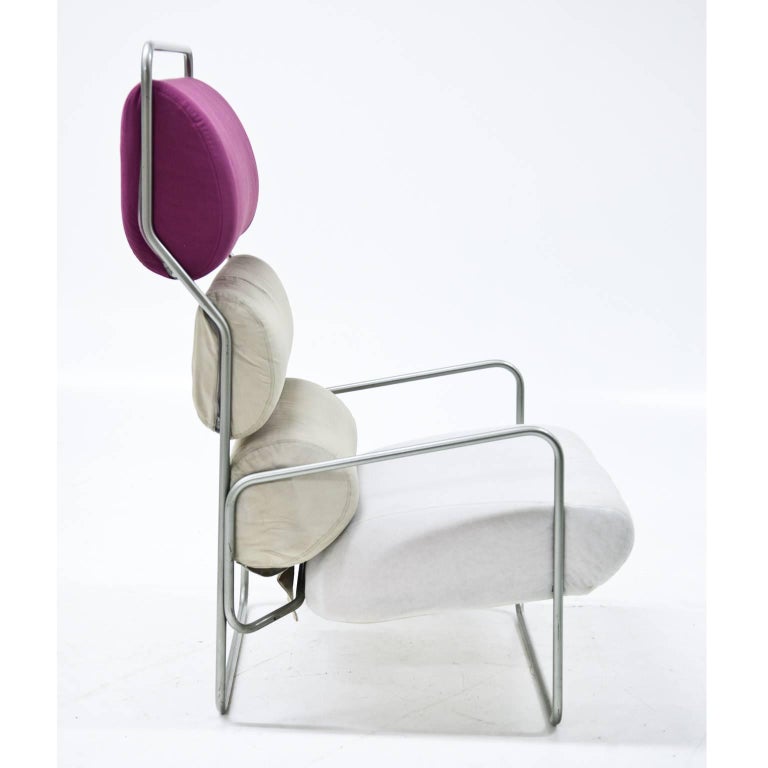 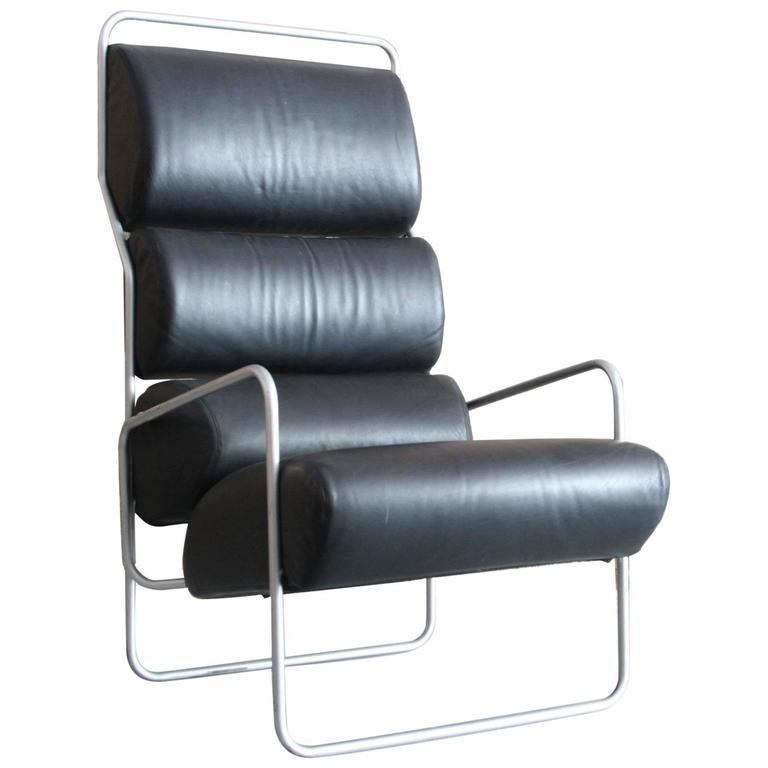 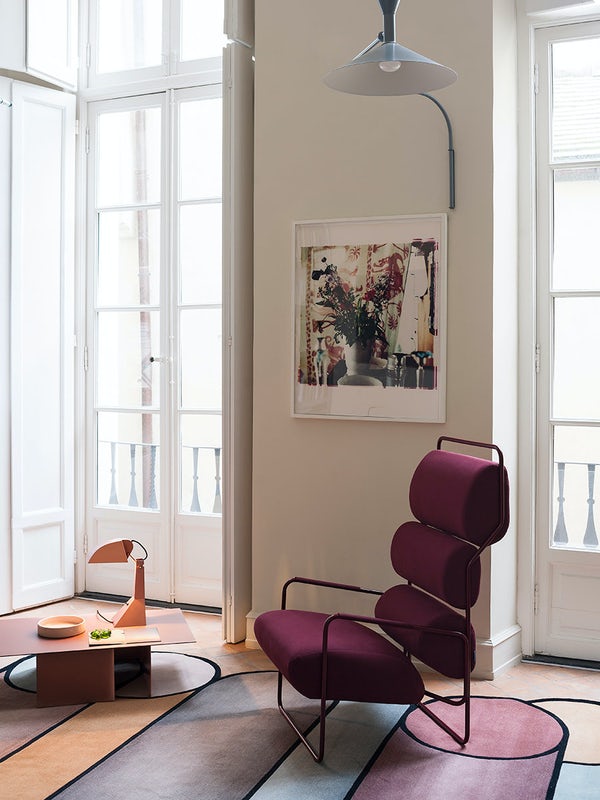 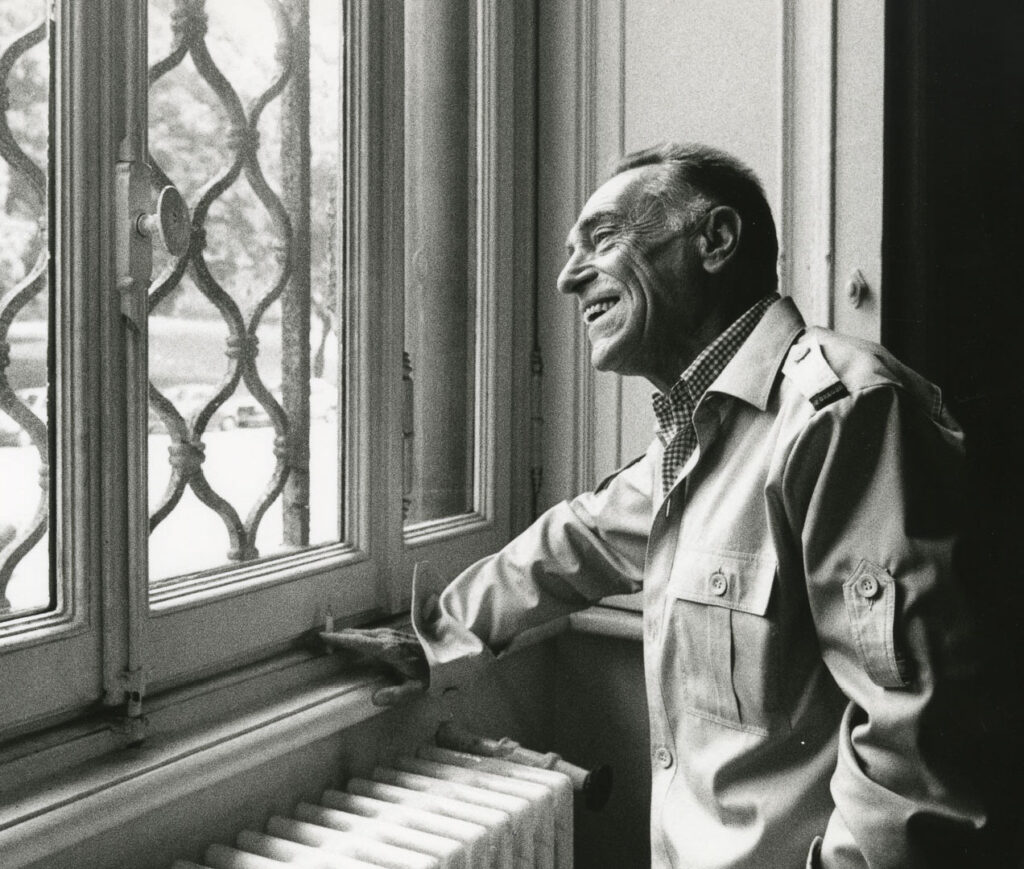 The Sancarlo armchair is #3 of the Private 999 Armchairs Book

and sofa were orig­i­nally designed by Achille Castiglioni in 1982 and have since been reis­sued by Tacchini. With the classic simplic­ity of a linear metal frame and a series of bolster-like cush­ions for the seat­back, this piece embod­ies func­tion­al­ity through a simpli­fied form. The current produc­tion of the Sancarlo includes both the armchair and the sofa. When it first came into produc­tion, the Sancarlo was an inno­v­a­tive design that still resonates today. With this reissue, the func­tion­al­ity of the piece is enhanced by the incor­po­ra­tion of varied foam density depend­ing on where it is placed on the seating and how it supports the body.

Italy (1918–2002)
worked closely with his brother, Pier Giacomo, to dream up products informed by their mutual sense of curiosity, humor, and wonder.

Their approach resulted in products that incorporated playful forms and references—such as their Mezzadro stool for Zanotta that was made with a tractor seat, or their Snoopy table lamp for Flos inspired by the famous cartoon character. Achille and Pier Giacomo often incorporated utilitarian materials and readymade objects into their works, from the aforementioned tractor seat to fishing rods, car headlights, and more.

A longstanding relationship with FLOS led to the creation of many of the designers’ most famous works, such as the 1962 Arco lamp, a widely copied fixture that is considered to be one of the hallmarks of midcentury industrial design. Achille Castiglioni created nearly 150 objects in his lifetime, and many products are still in production today.

Via Context
and:
Achille Castiglioni was born into a family with deep appreciation for the arts, as he was the third son of sculptor and coin engraver Giannino Castiglioni and his wife Livia Bolla. He first studied the classics at the Liceo Classico Giuseppe Parini, but then switched to study art at the Accademia di Belle Arti di Brera in Milan. In 1937, he decided to follow the steps of his two elder brothers, architects Livio and Pier Giacomo Castiglioni, by enrolling in the Faculty of Architecture at the Politecnico di Milano, graduating in 1944–after having to interrupt his studies when he was stationed in Greece and Sicily during World War II.

In 1944, immediately after graduating, Achille Castiglioni joined his brothers Livio and Pier Giacomo in the design studio that they had founded with Livio’s classmate Luigi Caccia Dominioni in 1937 in Milan. Fortunately for Achille, from the very beginning Livio and Pier Giacomo decided to focus almost entirely on designing exhibitions, furniture, housewares, and appliances since architectural commissions were difficult to come by during the war. This product-design focus, and the deep fraternal bound among the three brothers, would later allow the young Achille to experiment early in his career with emerging techniques and new materials that could communicate a fresh aesthetic sensibility suited for the positive outlook of the post-war European market.
Via Cassati Gallery 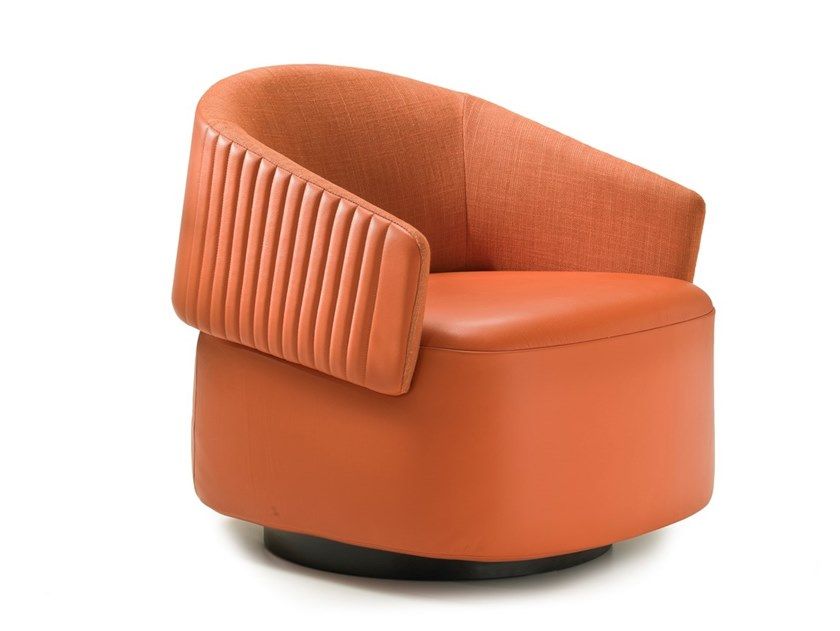 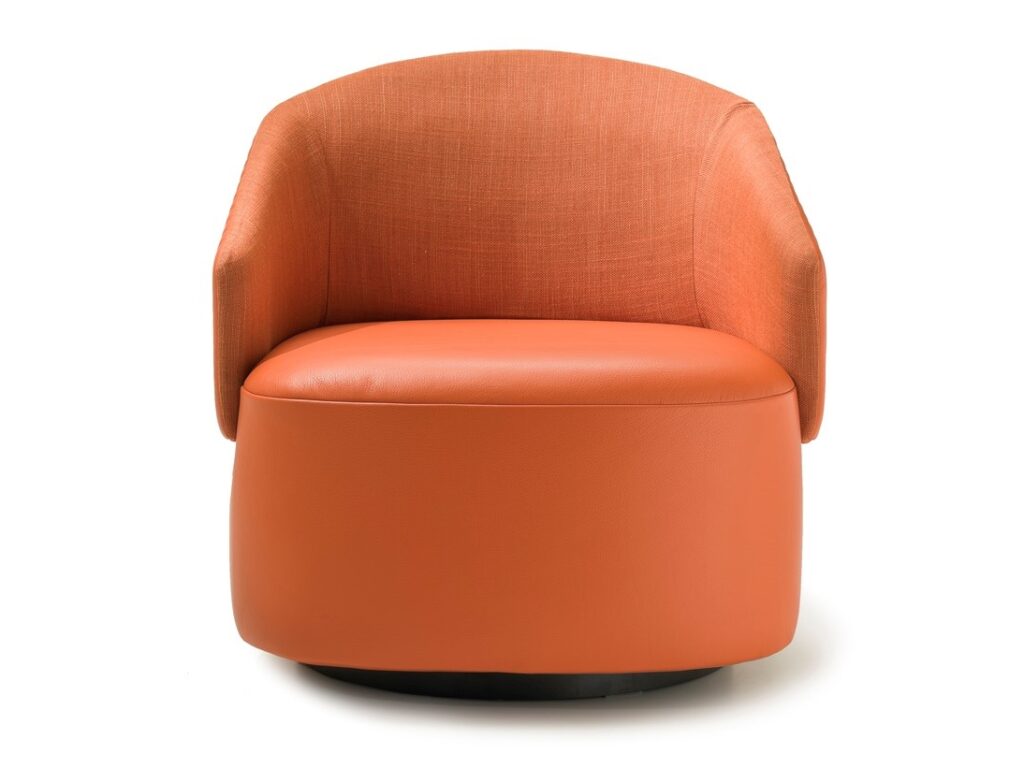 The armchair of the Twibe collection redefines the concept of simple and elegant bergère. Although diversified for the care in the craftsmanship of finishing. And for an ingenious planning stratagem: the overlapping of the seat and back volumes. Two wrapping elements apparently simply juxtaposed, but which are actually integrated with each other. Able to provide comfort and privacy without however excluding the possibility of supporting a casual conversation, a business appointment, a cocktail with friends.
The swivel chair has a multi-ply curved back in the mold while the seat is made of polyurethane foamed in the mold. This model is not removable. 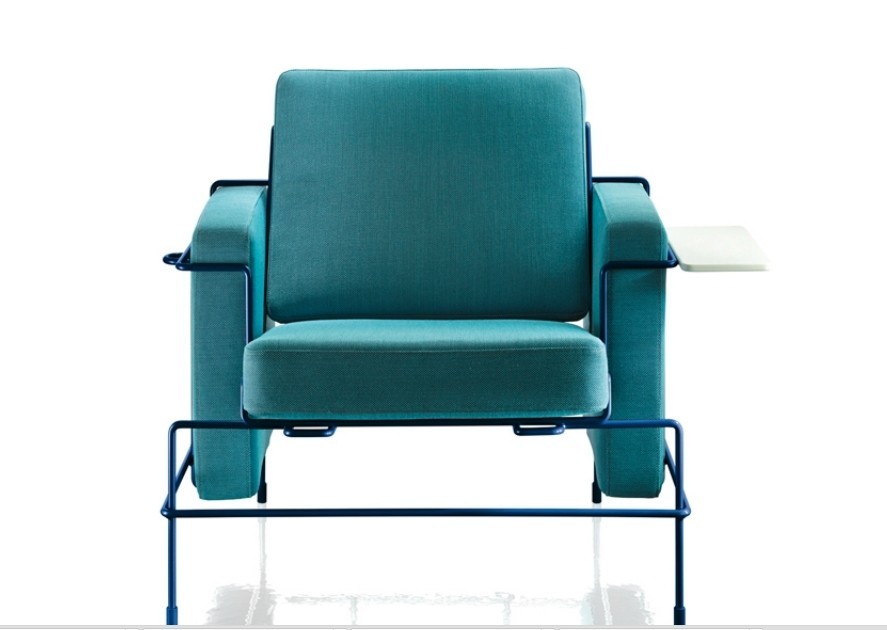 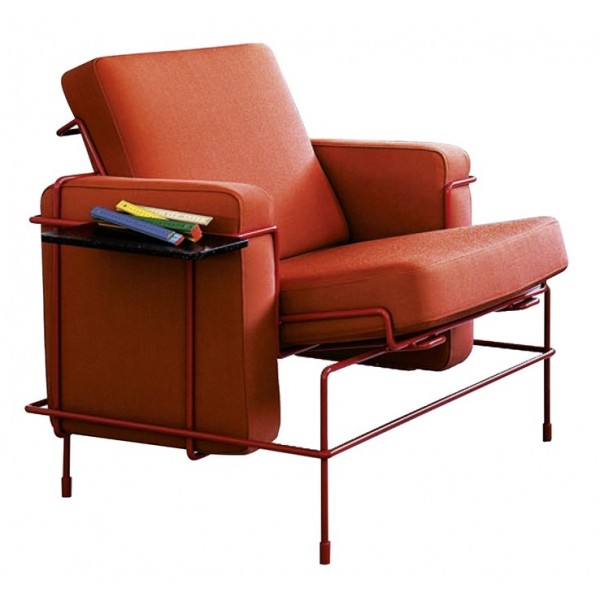 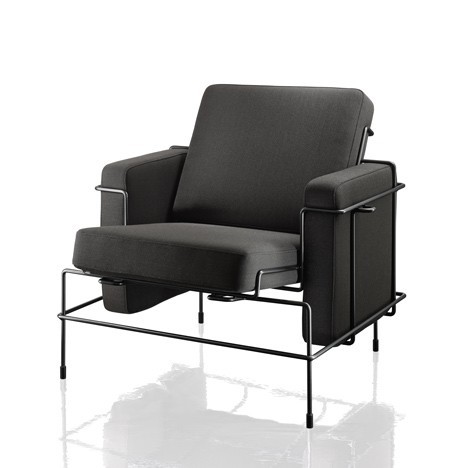 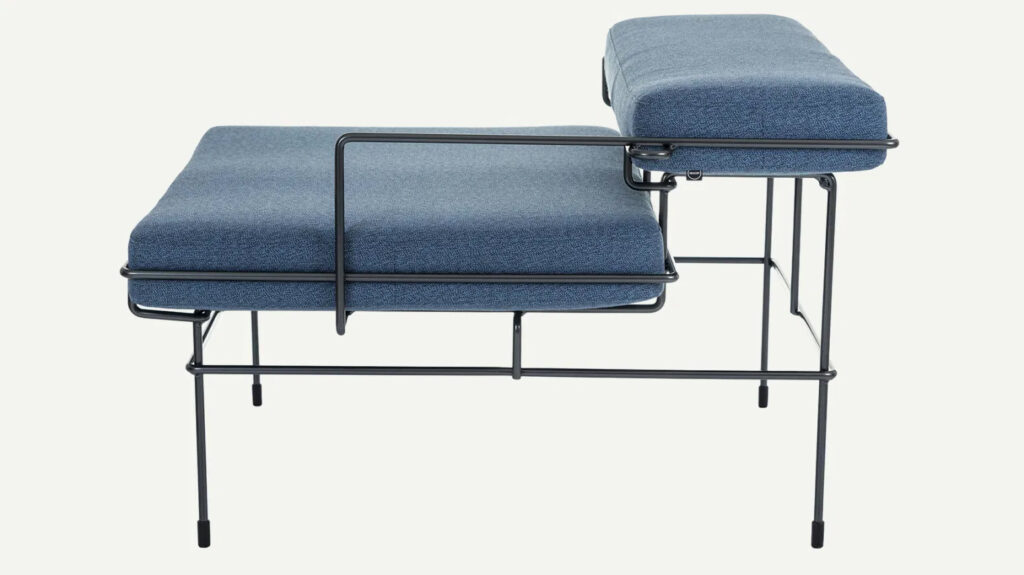