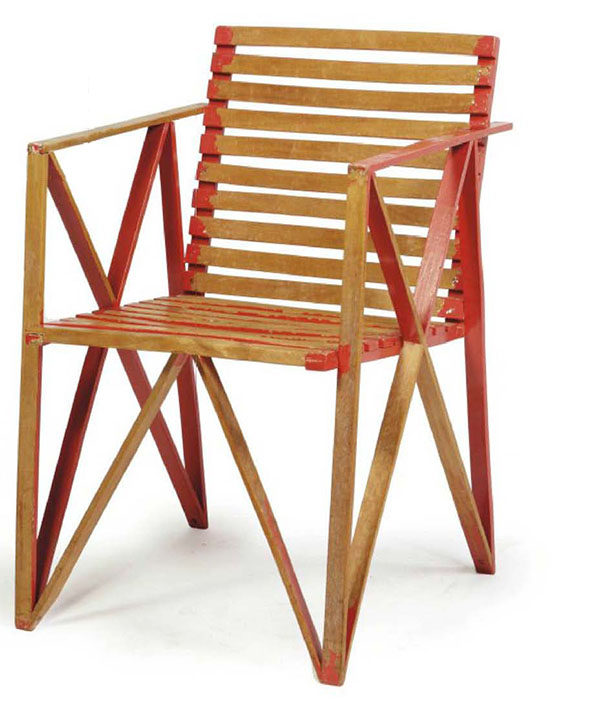 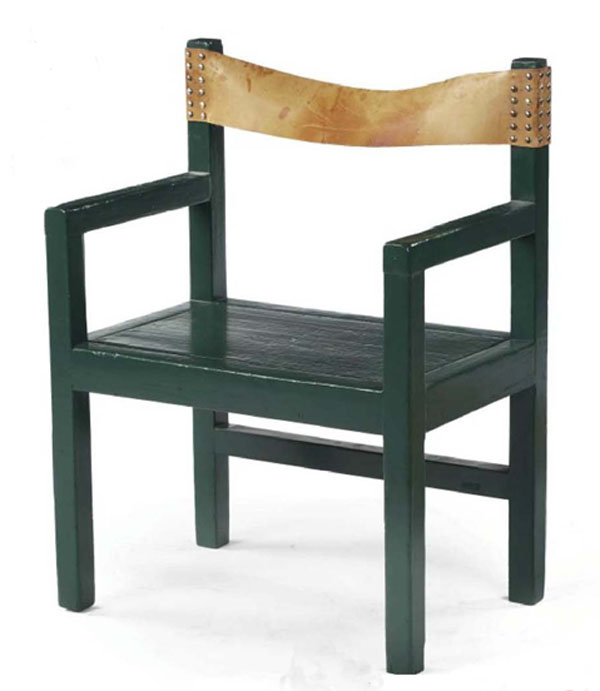 Early Rietveld Chair with a Story

Recently this “Green-Painted White-wood and Leather Upright Armchair ‘Bankstoeltje'” by Gerrit Rietveld was sold at Christies for €16,250 ($20,977) in an Amsterdam sale of belongings to Bertus Mulder who had freelanced for Gerrit Rietveld in the early 60ies. It was executed in Rietveld’s workshop, most probably circa 1908.

“In the years 1960-1963, I worked for Gerrit Rietveld as a free-lancer. In 1959 I settled in Utrecht because my girlfriend Monica studied there at the time. I established myself as an independent architect and in the beginning I did not receive any assignments. To be able to make a living, I decided to work for another architect three days a week, initially for Hein Salomonson in Amsterdam, and later for Gerrit Rietveld in Utrecht. My girlfriend and I were living in a two-bedroom flat, and when we were expecting our second child in 1961, I had to find larger housing. I knew that Rietveld had vacated his apartment above the cinema at Vredenburg 8 bis, where he had lived since 1937. When his wife died in 1958 he moved to the Rietveld Schröder House where Truus Schröder already lived since 1925. I did not know whether the apartment was still in use. Judging from the outside, it looked very much inhabited. When I asked Rietveld about it, he replied ‘Would you like to move in?’ He promptly took the key from his key ring and suggested we should have a look. We did so, and moved in shortly after. Rietveld was quite unattached to his belongings. He was only aware of them at the moment he used them and their material value was meaningless to him. This became apparent when I told him we would like to move into his place. To me, this did not appear unproblematic, since the house was completely furnished, from toothbrushes to famous pieces of furniture which, judging by the labels on their backs, had already been exhibited at the Museum of Modern Art in New York. But he said: ‘Use whatever you find useful, and just get rid of the rest.’ Of course we did not get rid of anything. We moved into the apartment as it was, furnished with Rietveld’s household belongings. The furniture we did not want to use was stocked in the alcoves. Eventually, we started to feel suffocated by living in a house which could be a museum. Rietveld cared little whether his apartment would be cleared out. He left it to me to arrange this. Most of his furniture went to his children. A great number of pieces ended up in important museums. We were allowed to keep whatever was left. A bench, a table with foldaway top and a sewing casket have recently joined the collection of the Centraal Museum in Utrecht. The remaining objects are presently being offered in this sale. We have used them with great enjoyment for many years, and now, while we still can, would like to see them move to private or museum collections.”
Utrecht, July 2012 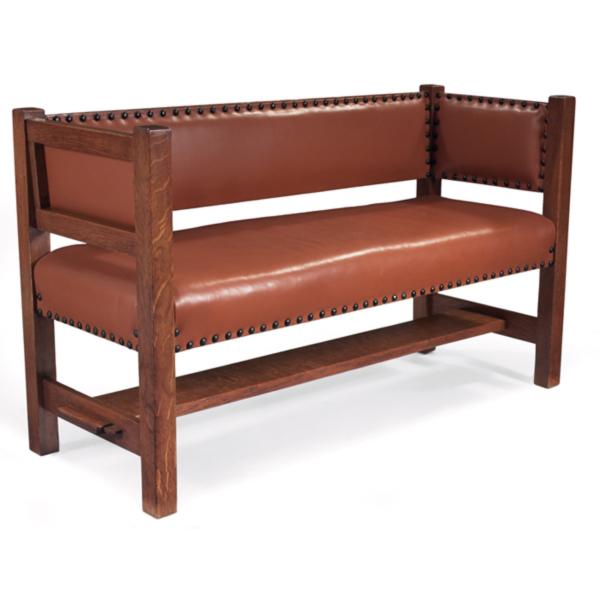 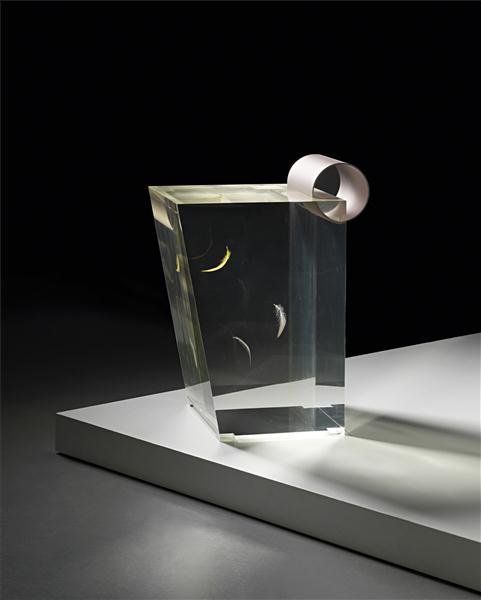 Acrylic Stool by Shiro Kuramata at Phillips (the Pury & Company) 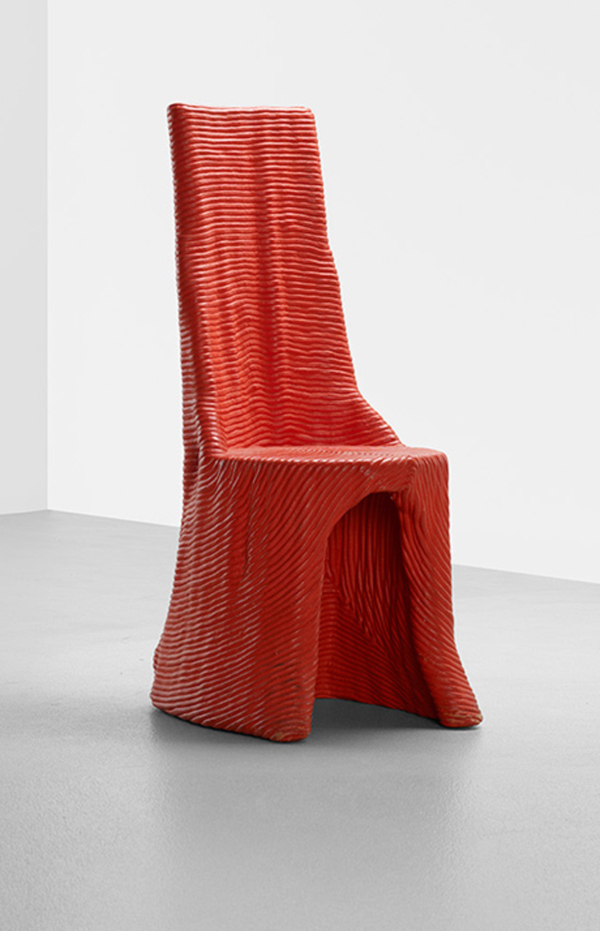 Traditionally when autumn is there, several chair auctions, at least auctions where they offer a reasonable number of chairs, are scheduled: 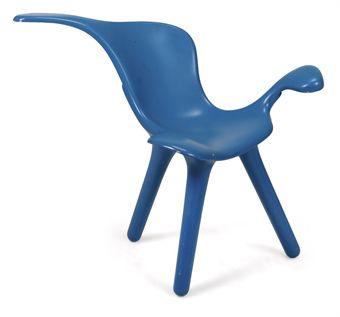 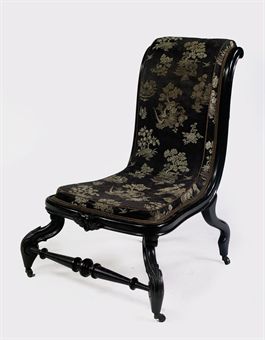 I kind of like this ebonized Dutch Low Chair or Chauffeuse

The moulded frame on S-shaped legs joined by a turned baluster front stretcher, the padded back and seat covered in black material with floral and chinoiserie decoration, on castors