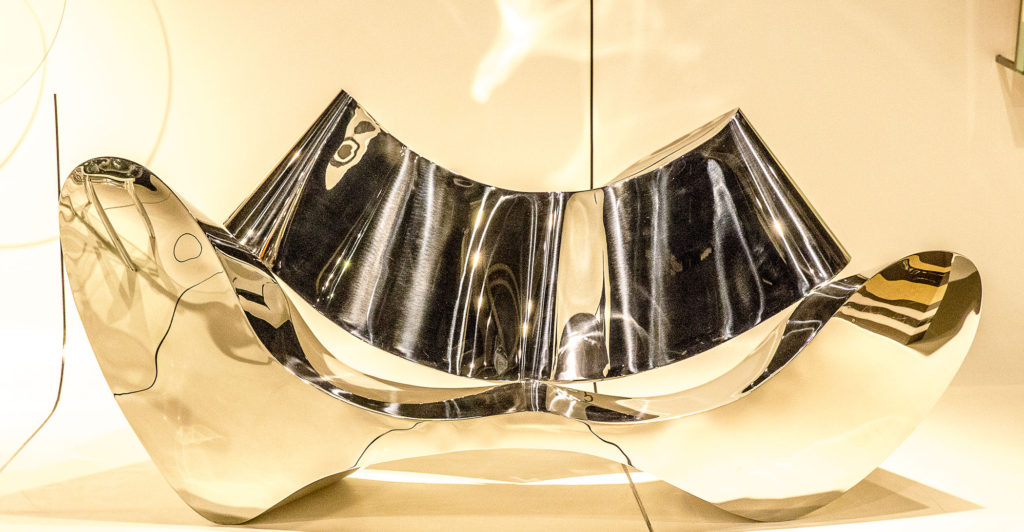 Starting my series of posts about me visiting Imm Cologne 2018 could be worse than with the Ron Arad designed Europa Chair.

The reason is Draenert celebrates its 50ieth Anniversary while displaying this chair that they produced and which is in the collection of various musea.

Draenert was founded in 1968 by Karin and Dr. Peter Draenert and is today a topbrand of the international furniture design. Meanwhile the company is managed by Dr. Patric Draenert of the second generation. Currently we export to more than 50 countries. Important pillars for the sustainable business success are a sound financial structure as well as highly trained and dedicated employees. 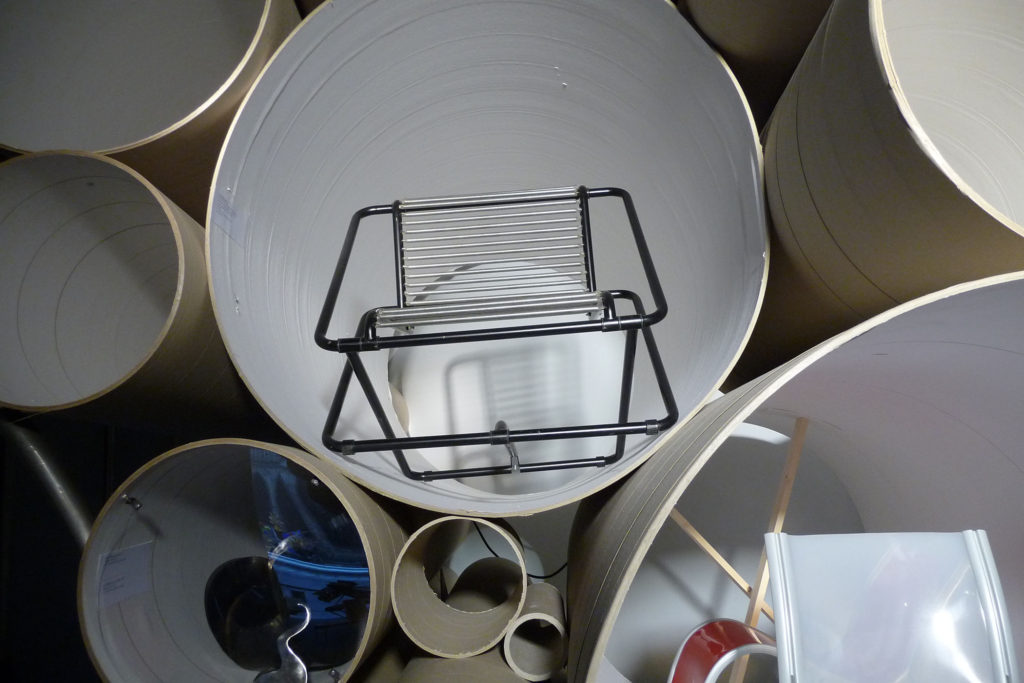 In 2009 I visited the impressive solo exhibition of Ron Arad in the Centre Pompidou in Paris. I made many photo’s, but not until this year I found some time to prepare them for use on this blog.

The Rocking Chair, lacking the curved feet of traditional rockers, relies on its name to indicate its function. Made of bent tubular steel, it creates a different, somewhat scissor-like rocking movement. It was this mechanical idea, rather than an aesthetic quality, that Arad intended as the meaning of the chair, and he has indeed denied that it is at all stylish. This chair holds special significance as his first proper work of design—or, rather, the first time he was aware that he was designing. It signals his earliest venture beyond the readymade and toward design that did not rely on salvaged or repurposed materials. The final version of the Rocking Chair is sleeker than the original, which was conceived as another Kee Klamp construction (and determined too risky for unsuspecting fingers). One Off made several hundred of these chairs.

Matrizia is instead a sofa-sculpture, an upholstered furniture item which acts as the ideal midway point between design skill and craft talent.

The idea came about by accident, after seeing mattresses dumped in the street when walking in town, a sight which captured the boundless imagination of Ron Arad and triggered an imaginary operation of salvage and decontextualisation.

Matrizia was thus born by modelling and recovering a mattress so as to create a comfortable and innovative seat, while the name is a witty combination of the word “mattress” with “Patrizia” 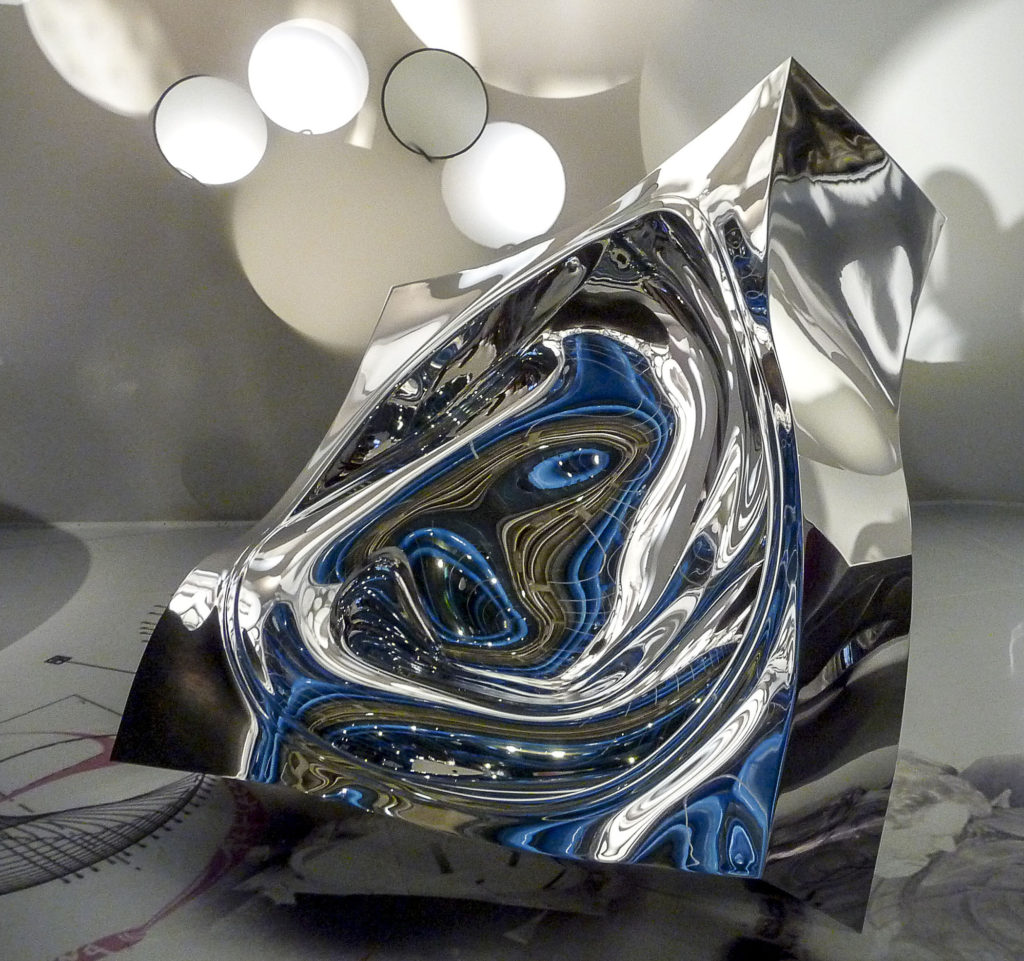 My own photo of Aferthought taken at the Centre Pompidou at the occasion of Ron Arad’s overview exhibition.

While making Southern Hemisphere, Arad found his eye and imagination caught by two formed, untrimmed plates sitting in the workshop. He decided to treat these slabs as if they were an otherworldly and powerful press, locking a volume between them so that it seemed to be compressed—and called this idea an “afterthought.” The red version dramatizes the effect, highlighting the landscape within the piece. 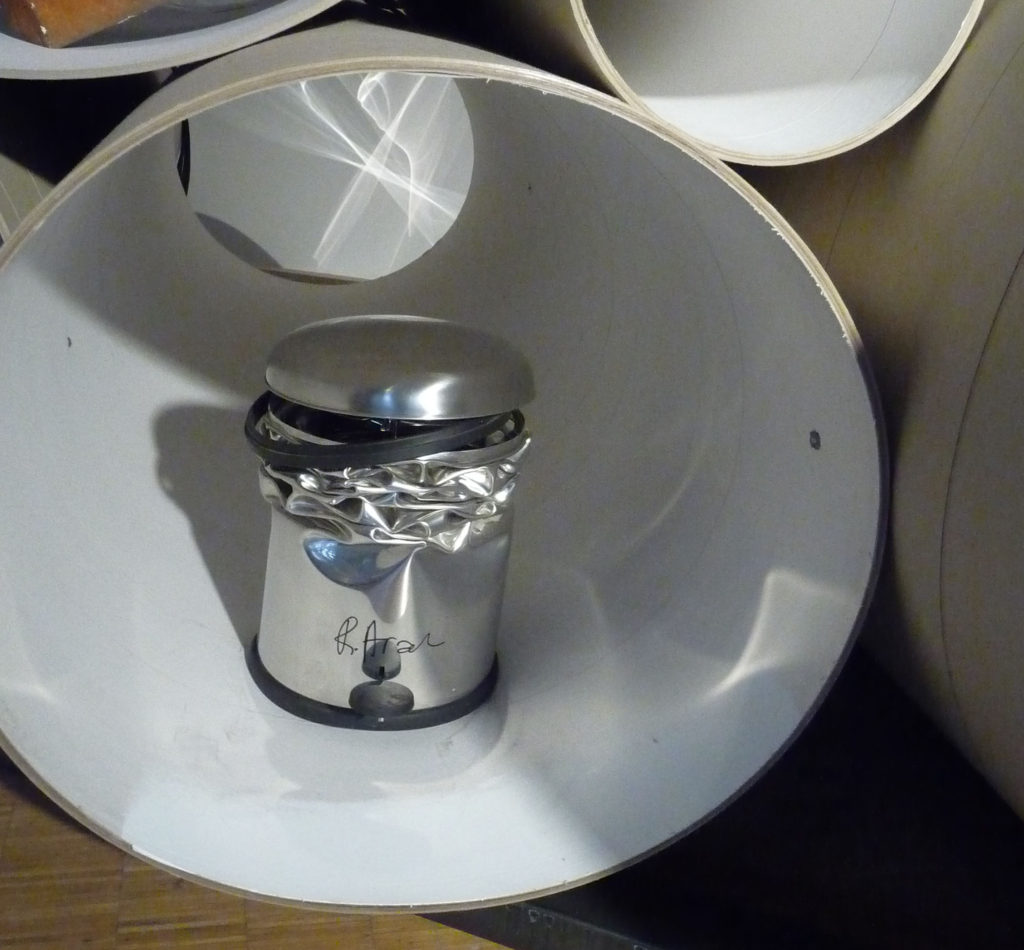 Manufactured by Vipp, Denmark, altered by Ron Arad: a stool with style.