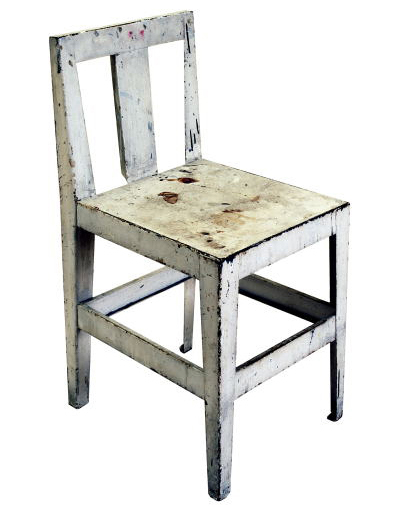 Erika Winters has worked for several years redesigning used furniture.
There are endless possibilities when reconditioning furniture, no matter its state of repair. Furniture and people are similar, daily wear and tear takes its toll. Values taught to us as children become outdated, and although they lose relevance as time goes by, they quietly keep their memory, marked by use and the passage of time. Her furniture shows the longing for what we have passed by, left, thought, lost or let go, that old warmth of certain values that have been lost. When rescuing a piece of furniture, Erika makes it as vivid and modern as its surroundings, picking up on something that she had or felt near – so that anyone who can identify with it and its history can enjoy it again, converting it into something unique and important for their house, something that no-one will find ever, anywhere else. 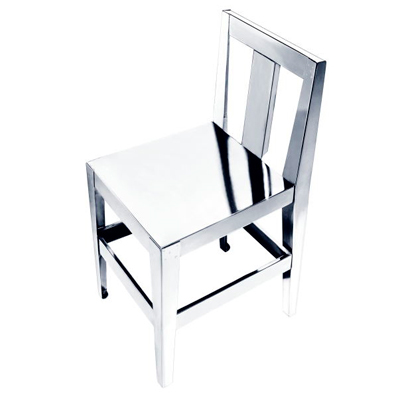 Erika Winters grew up in the Condesa neighborhood of Mexico City, opposite a beautiful palm tree lined avenue, in a house built in 1935, where her great-aunt who is 101 years old still lives. She spent her teenage years on Calle Amsterdam, a few blocks from Parque Mexico which was like an extension of her house, like the Bosque de Chapultepec and the Museum of Modern ArtÂ  which had no railings in those days. Erika remembers walking through the woods with her mother, going to open air concerts in Ciudad Universitaria and The Amazing Lagunilla Market, That’s also like a museum for me. It was a different Mexico City back then.

These are the roots of some her influences which have left a spiritual mark on her and which definitely inspire her way of working. 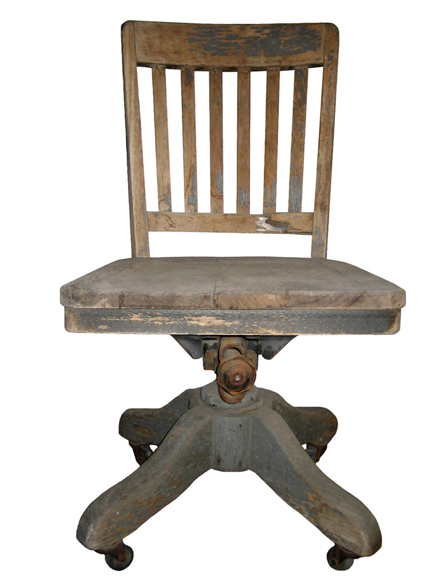 In the 1990s Erika Winters founded Alquitrabe, a brand of lamps using everyday old and antique objects, placing them in the best department stores and interior decoration shops in Mexico. Alquitrabe products were exported to Argentina, Spain and Switzerland; they were exhibited and sold in Costa Mesa California and inSOHOÂ  (New York), in La Galeria Mark Shapiro. She occasionally still works with lamps but not for such large customers, but on a more exclusive and smaller scale. 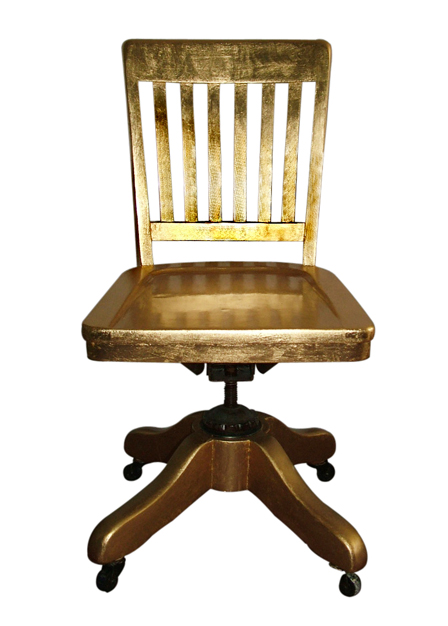 Via
Coroflot Portfolios pointed me to Erika Winters Design. 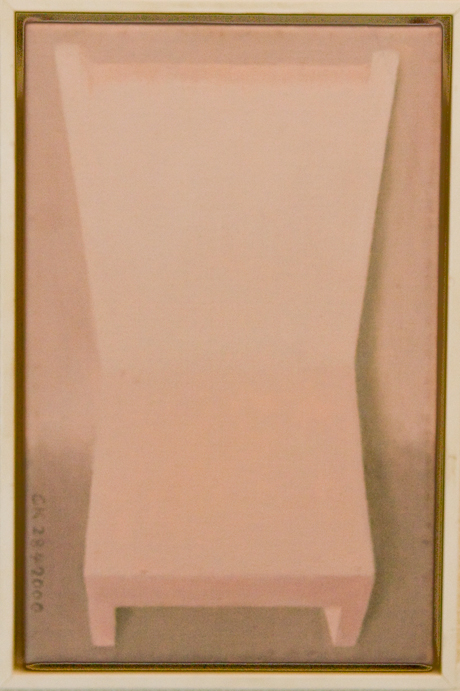 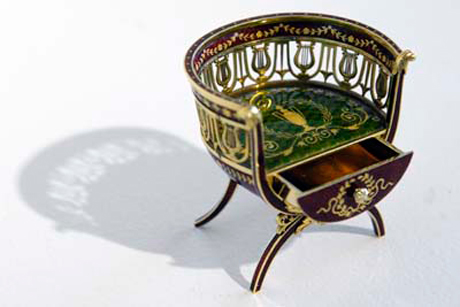 In April 2007, at a Sotheby’s Los Angeles auction this stunning miniature Faberge Chair was sold at US $ 2,28 mio. 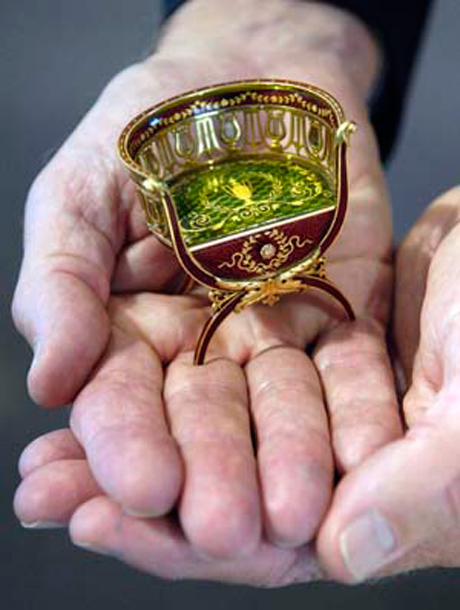 If you are interested in Faberge, check out: Mieks FabergÃƒÂ© Eggs of fellow Dutch woman Annemieke Wintraecken.

It’s the work of Faberge workmaster Michael Perchin, and is based on furniture designed in 1839 by Leo von Klenze for Tsar Nicholas I for the new Hermitage in St. Petersburg. It’s crafted out of gold and enamel, with the surfaces ground to resemble the grain in mahogany. The front is a removable drawer. Miniature furniture by Faberge is very rare; other similar pieces, including a miniature table and desk, are in the collection of Queen Elisabeth II. 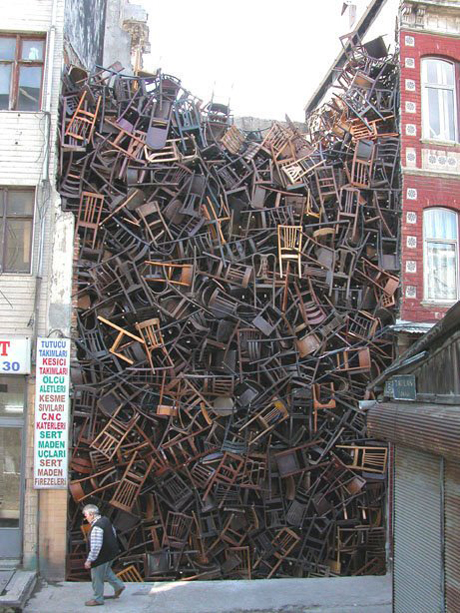 Recently I visited the 2007 Istanbul Biennial.

While browsing the web and preparing a couple of posts for my other Blog about this visit, I thought I had missed this installation, but now I am assured that these were pictures of the 2003 Istanbul Bienial. Thanks to Pytr75 (alias Belgian Pieter van den Dorpe). 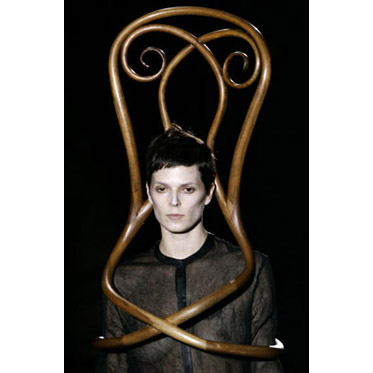 Argentinean Sculptor and designer Pablo Reinoso has designed the Thoneteando series of sculptured chairs based on old Thonet chair designs which he gave a twist.

Pret-a-Thonet is a metaphor for chairs you can wear or wearable chairs. 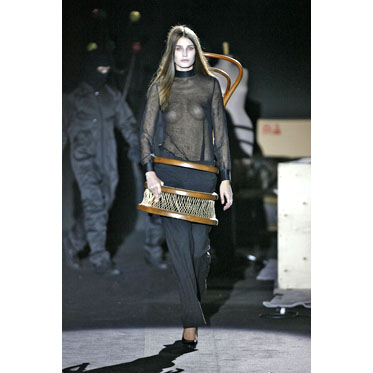 For the first time they appeared on a catwalk as part of the 2007 Autumn / Winter fashion show of David Delfin. 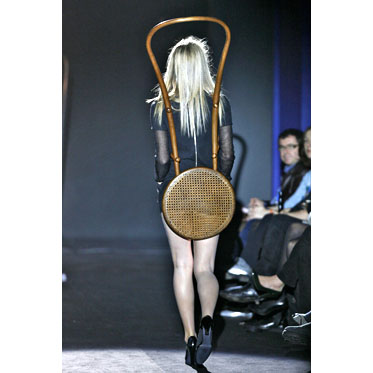 For the second time they will appear in the presentation of the Spring / Summer Fashion collection of Martin Churba, titled Tropico, on August 21, 2007 in Buenos Aires, Palacio del Correo Central, Samiento 151.