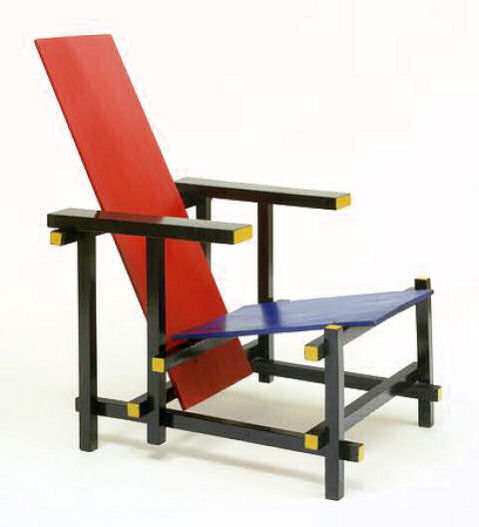 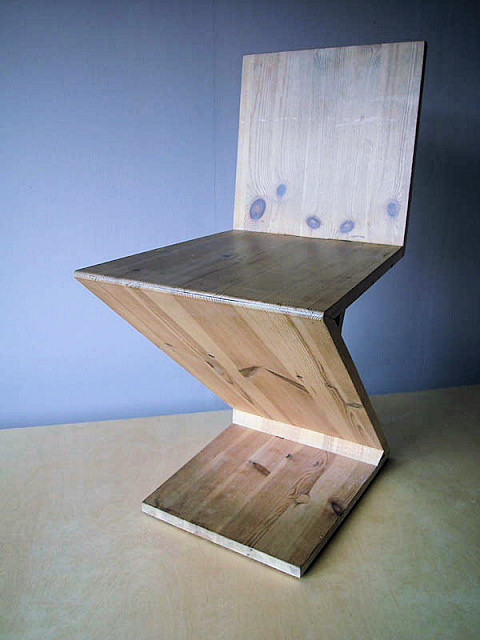 ZigZag by Jenner
Dutch architect and designer Gerrit Rietveld after whom the Amsterdam art school Gerrit Rietveld Academie has been named, designed the Red and Blue (in 1917) and Zig Zag (in 1932) chairs which are world famous.

By Cassina:
Red-Blue and Zig Zag are still being produced by Cassina in their Master “I Maestri” Series.

By Rietveld:
In 2004 a grandson and a great grandson of Gerrit have formed a company Rietveld by Rietveld to start again with the production of several of Gerrit’s furniture designs, because as they say: There is more to Rietveld than the Red-Blue and ZigZag only: All in all there are 215 Rietveld furniture designs. So there remains a lot to do for them.

By Jenner:
I tried to find a flashier photo of ZigZag on the web, but found this photo of Edward Jenner, a Dutch architect who after obtaining the book “How to construct Rietveld furniture” made his own ZigZag. Although it is not the nicest photo, I believe his ZigZag copy is very much how Rietveld himself would have made it. In addition I adore the Rietveld Babychair copy Jenner made for his daughter: 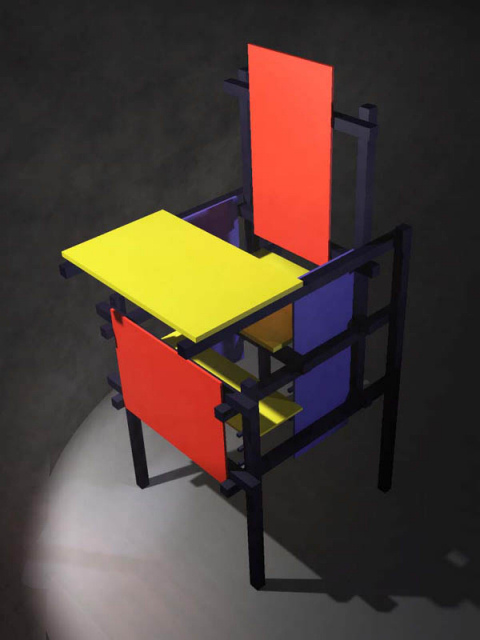 3 thoughts on “Rietveld: by Cassina, by Rietveld and by Jenner”