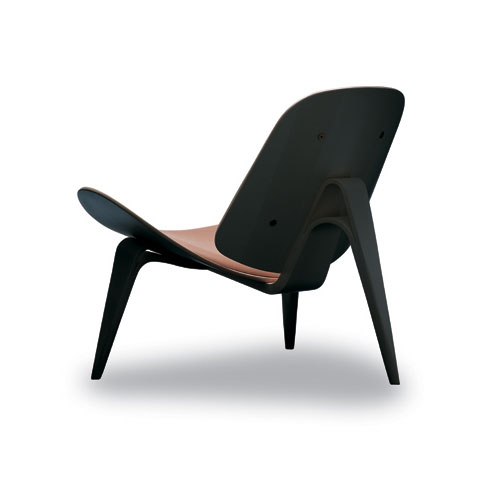 Hans J. Wegner’s three-legged shell CH07 chair was originally introduced in 1963. A few limited series were produced, but the project soon came to a stand still.

The 90s brought a growing interest in chairs of more individual designs. The chair was relaunched in 1997 and fortunately the new manufactureer had been able to keep down the costs. These two factors in combination resulted in an increasing market, and after 34 years oblivion the chair finally got is breakthrough. As a curiosity it is worth mentioning that one of the original shell chairs from the 60s was sold at 104.000 Danish Kroner at Christies in London in 1999.

The chair is made of solid oiled walnut, upholstered in glove/alcantara.

This must be a good seating one, albeit the wings make it a bit wide for a small room.