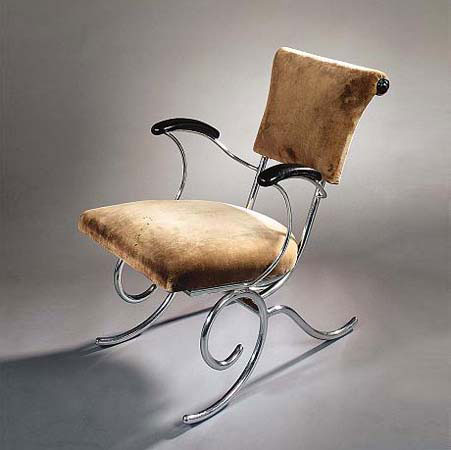 Similar design as his 1937 Yacht Chair we featured exactly one year ago.

A rare tubular steel armchair for the Tiel Insurance Company Office, Utrecht 1936
Architect and interior designer Sybold van Ravesteyn (1889-1983), who started his career as a civil engineer, in the 1920’s became acquainted with and influenced by Gerrit Rietveld and other De Stijl members, which is reflected in his work of this period. In the 1930’s, Van Ravesteyn gradually freed himself from the functionalist dogmas to work in a more frivolous idiom, derived from the baroque and Louis XV-style