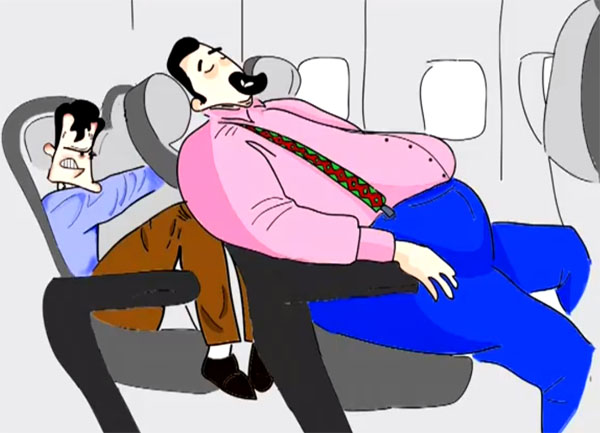 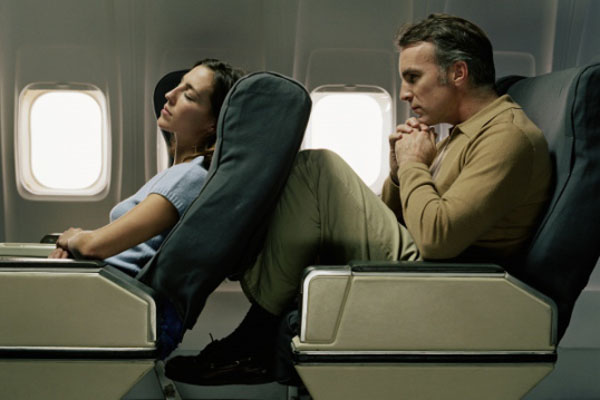 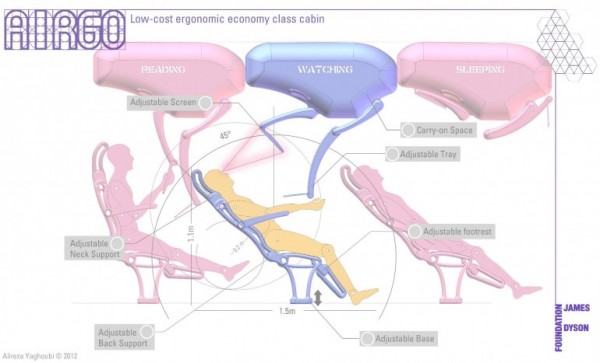 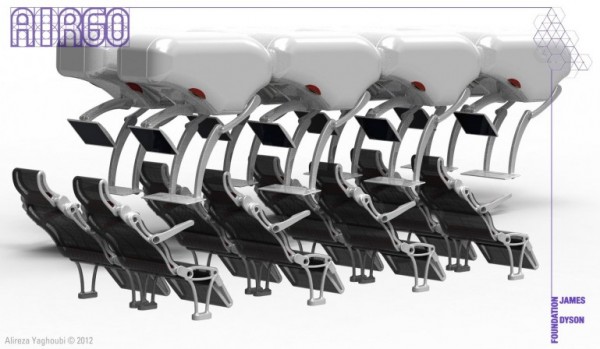 This post started when I saw a rant on Slate about reclining airline seat horrors: Reclining airplane seats are a terrible idea and should be banned.

Ding! Instantly the jerk in 11C reclines his seat all the way back. The guy in 12C, his book shoved into his face, reclines as well. 13C goes next. And soon the reclining has cascaded like rows of domino’s to the back of the plane, where the poor bastards in the last row see their personal space reduced to about a cubic foot.

Earlier Mr Angry named an inconsiderate arsehole recliner as number 2 of his 10 main annoyances with flying.

On every plane journey, if you are very unlucky, you will have the passenger from hell sitting in front of you. It won’t be because they stink of garlic, are constantly farting, rustling sweet bags or munching crisps for that matter. It will be because they are doing one or a combination of all of these whilst reclining their seat full tilt back into your lap.

Both articles attracted a lot of comments.

James Joyner mentioned a US Airline Spirit that rigorously had replaced its seats with non recliners a couple of years ago.

In steps the James Dyson Award with a solution. The 2012 Award went to Malaysian designer Alireza Yaghoubi who conceived the AirGo.

As a student, I travel a lot over long distances and obviously like majority of travelers I cannot afford to pay for premium class seats. I think that the current designs are far from being in sync with today’s technology and after reading a dozen of reviews I can say that many others share this idea with me. Ergonomic features in economy class seats nowadays are limited to a mere reclining ability while in long flights, passengers mostly complain about neck pain, inadequate blood circulation in legs and uncomfortable back support out of which none is solved by reclining the seat. It gets worse when the person in front decides to recline his/ her seat and the screen as well as the tray is then no more in your control. With AirGo, I try to solve these problems.

Gizmag and ABCNews also describe it:

The principle behind the AirGo is that each seat occupies an independent space that doesn’t impinge on the others and offers the same comfort as a First Class seat. The seat consists of two parts. Above is an individual locker for each passenger that replaces conventional shared bins. Attached to this are a tray and touchscreen that are mounted independently on arms that can be easily moved and configured or simply folded away when not wanted.

Under this is the AirGo seat itself, which consists of an articulated frame containing three motors that allow the passenger to customize its position for and hopefully avoid neck and back pain. Instead of cushions, the back support is a nylon mesh that conforms to the body and prevents sweating. In addition, the footrest is an integral part of the AirGo seat rather than mounted on the seat in front.

Very clever. No matter what the passenger in front of you does, you keep your own personal space.