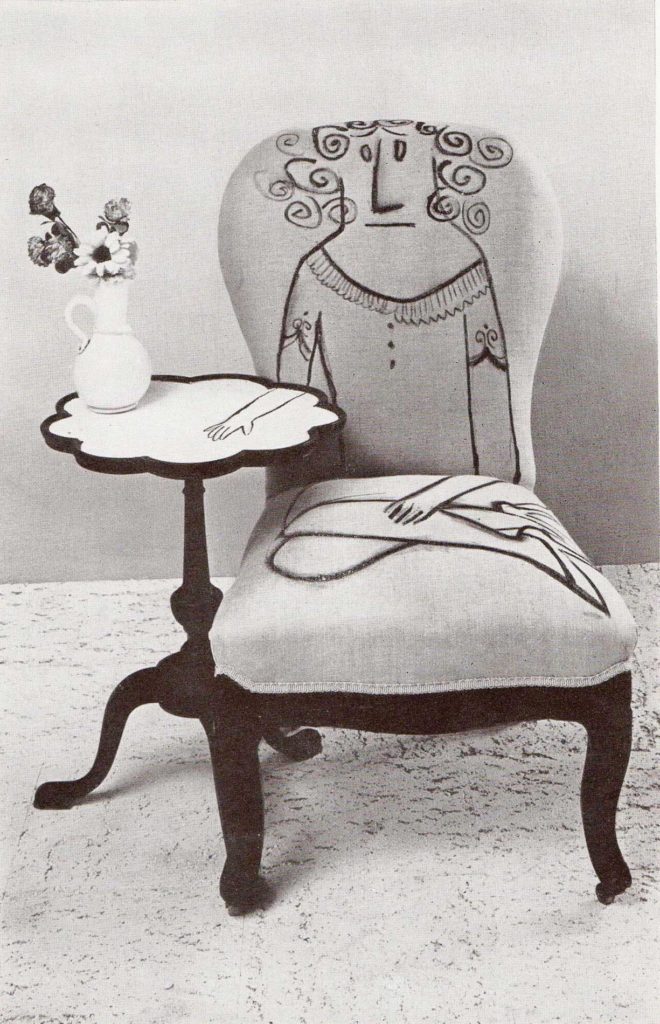 Saul Steinberg was born in Romania and studied in Bucharest and Milan. Architecture was among his studies. He specialized in Photo-drawings hybrids. These hybrid photo-drawings come in two forms: photographs (and occasionally old engravings) whose original subjects—furniture, appliances, street excavations, crumbled paper—take on new identities through the addition of drawn lines; and drawings on furniture, objects, sidewalks, or buildings, which were then photographed to record their new mutations.

Steinberg created the first of these photoworks for the short-lived magazine Flair, where they appeared as inset booklets in two issues.