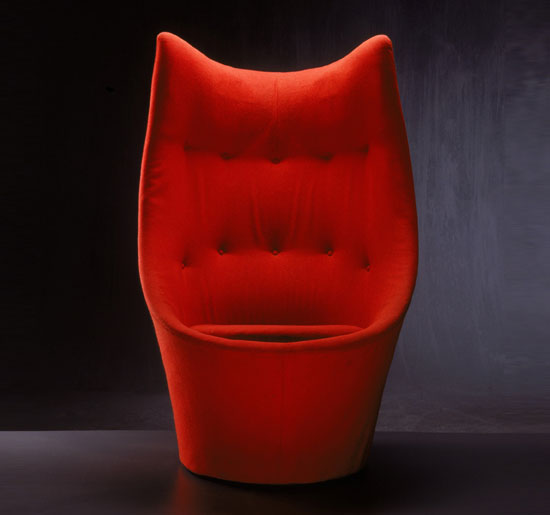 From my back burner: Wing Sound Chair by Grant and Mary Featherston, one of the first multi media chairs.

Modern Times: The untold story of modernism in Australia was an exhibition at the powerhouse museum in Sydney. It featured the Talking Chair, or Wing Sound Chair, designed by Grant and Mary Featherston during the mid 60’s. The chair was an icon of its time and consisted of built in speakers within its head rest. the shell was cast from an aluminium mould and made from polystyrene, fibreglass, foam, hardwood and covered in wool and vinyl. it was first manufactured and released by Aristoc industries in 1967 throughout australia, north america and asia

The Wing Sound Chair in the Australian Pavilion at Expo 67 in Montreal.

Currently Modern Times is on exhibition in the State Library of Queensland from August to November 2009.