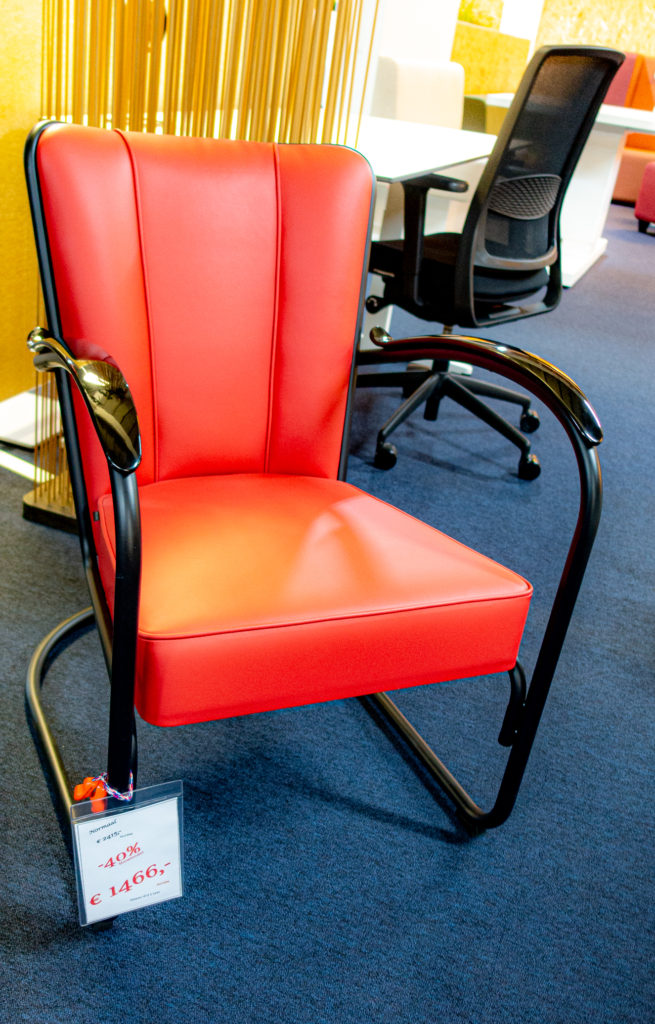 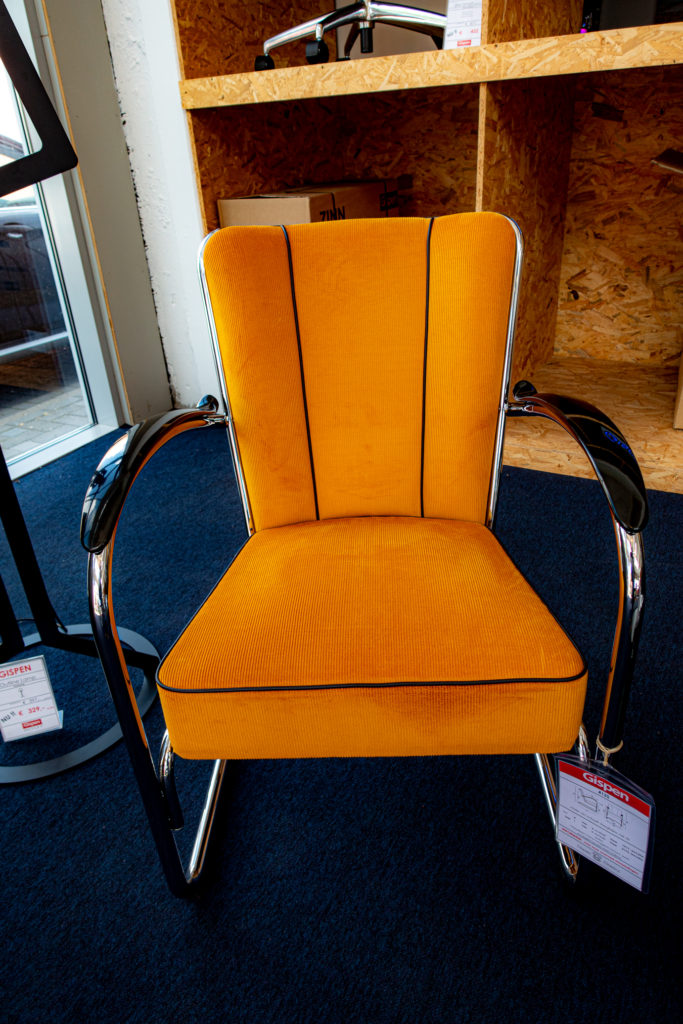 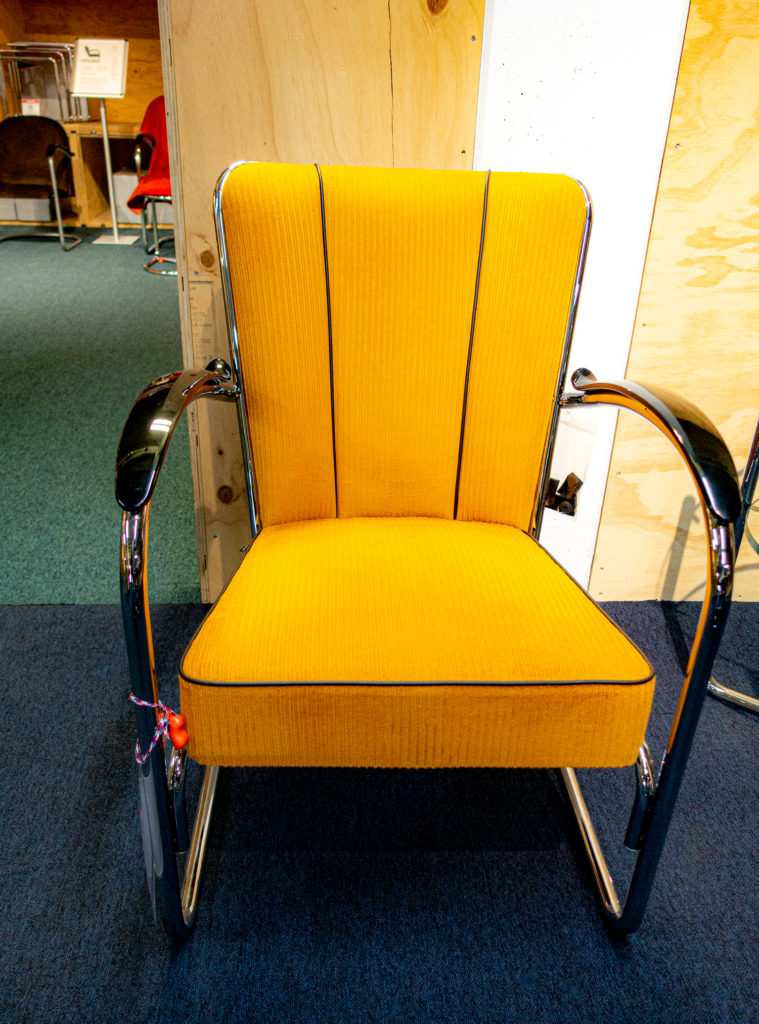 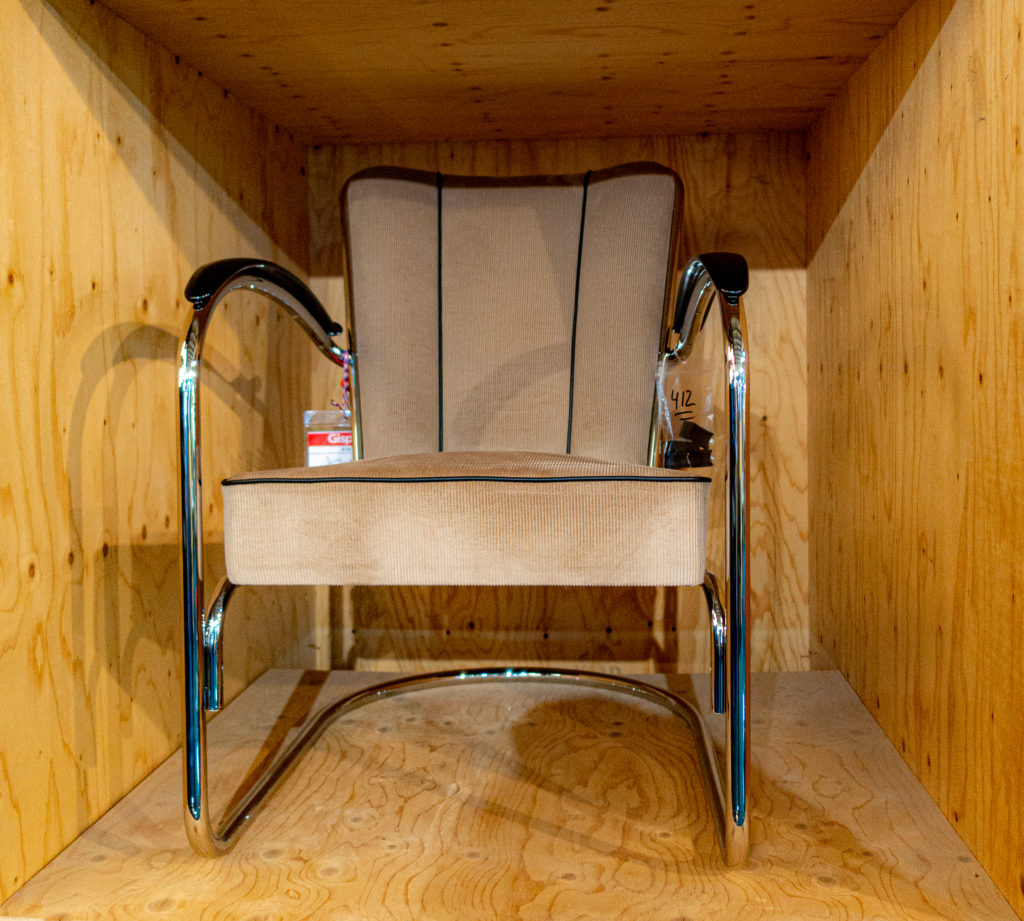 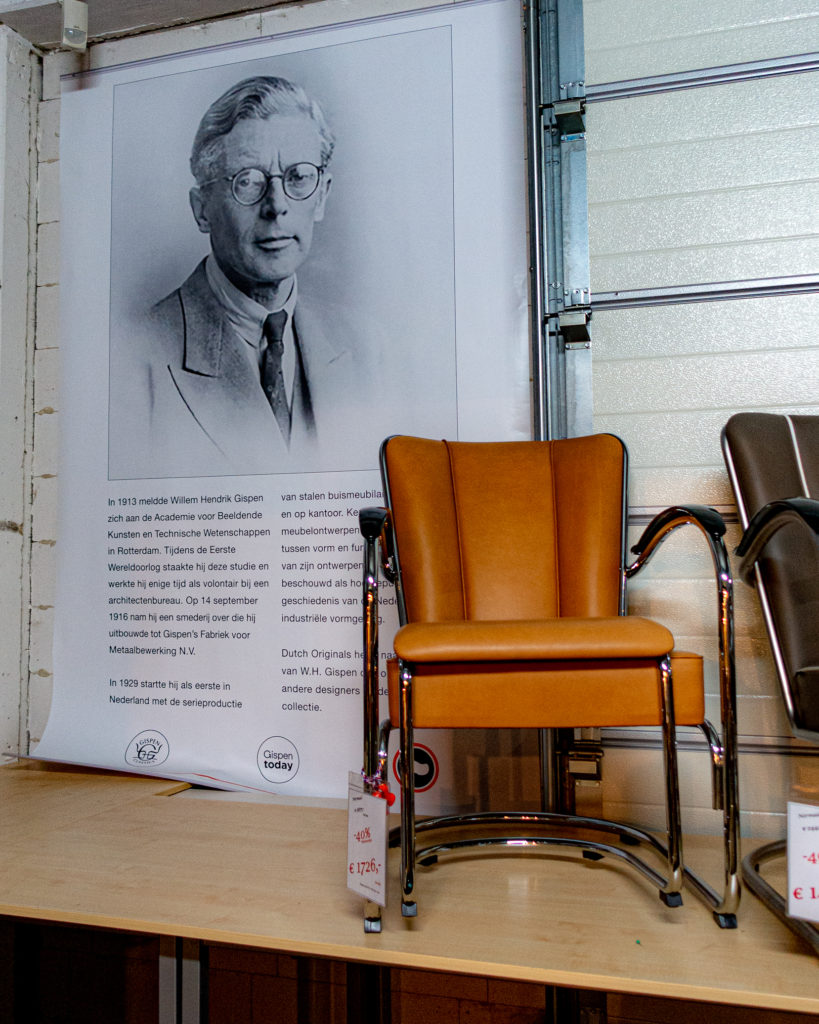 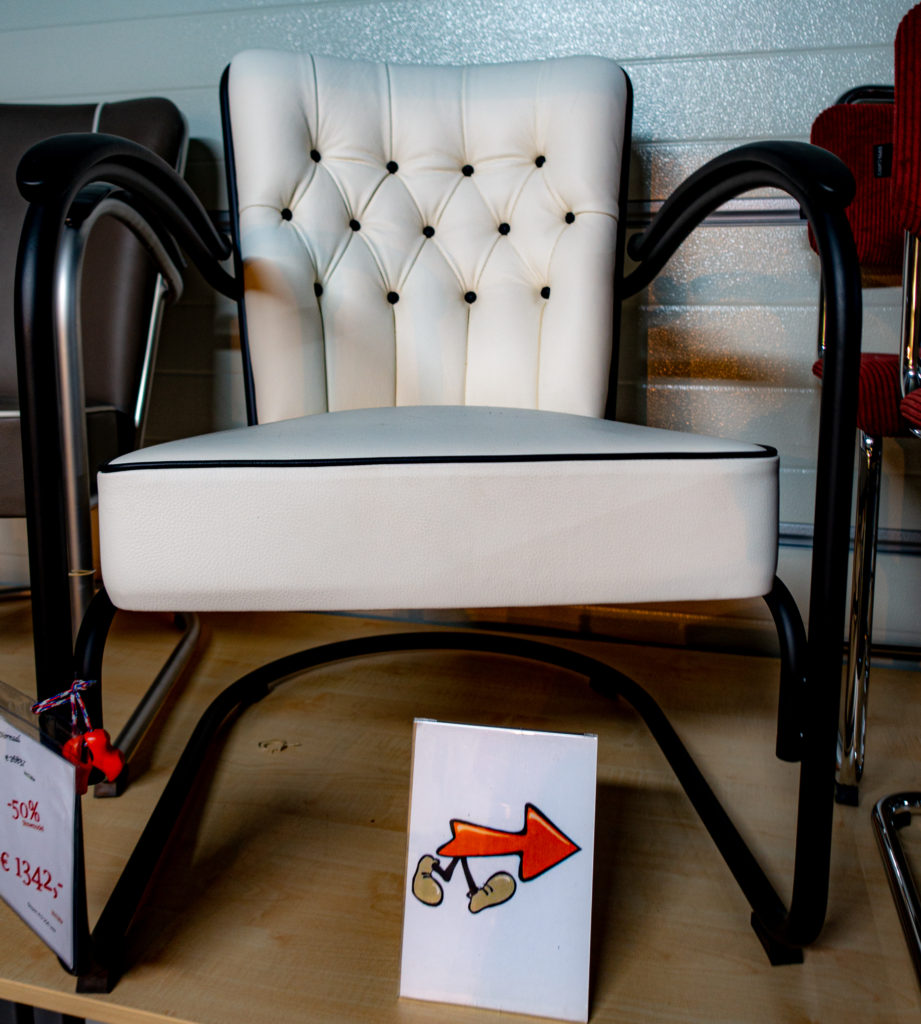 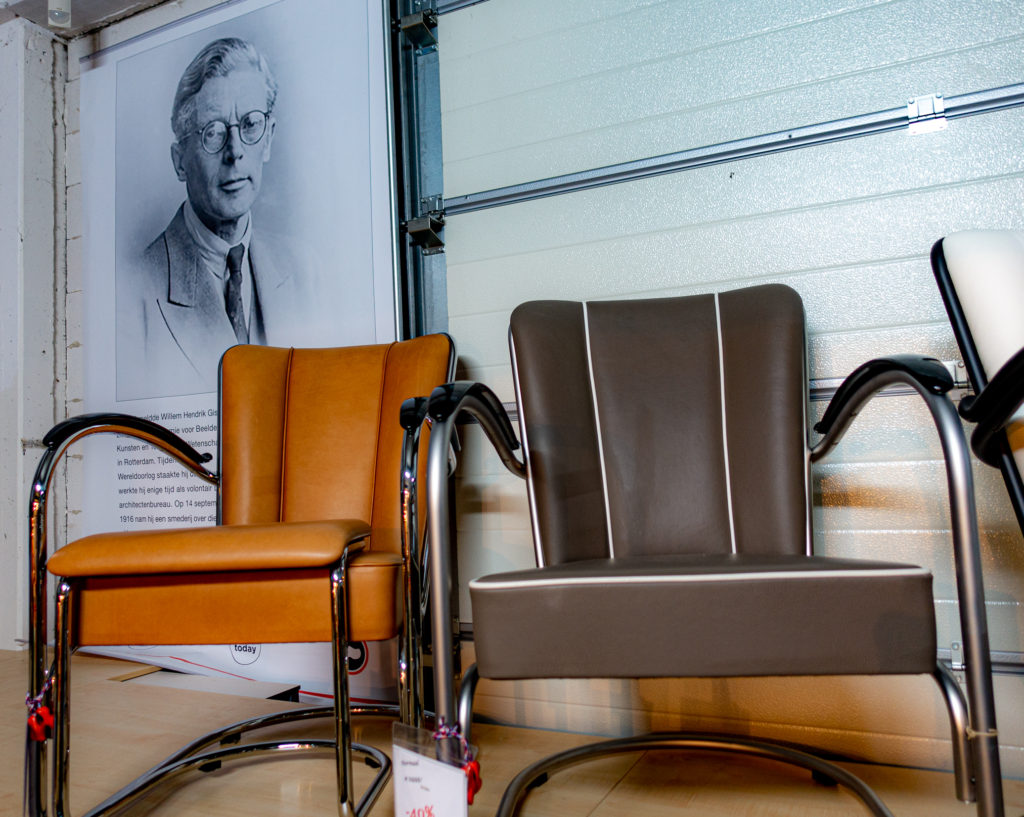 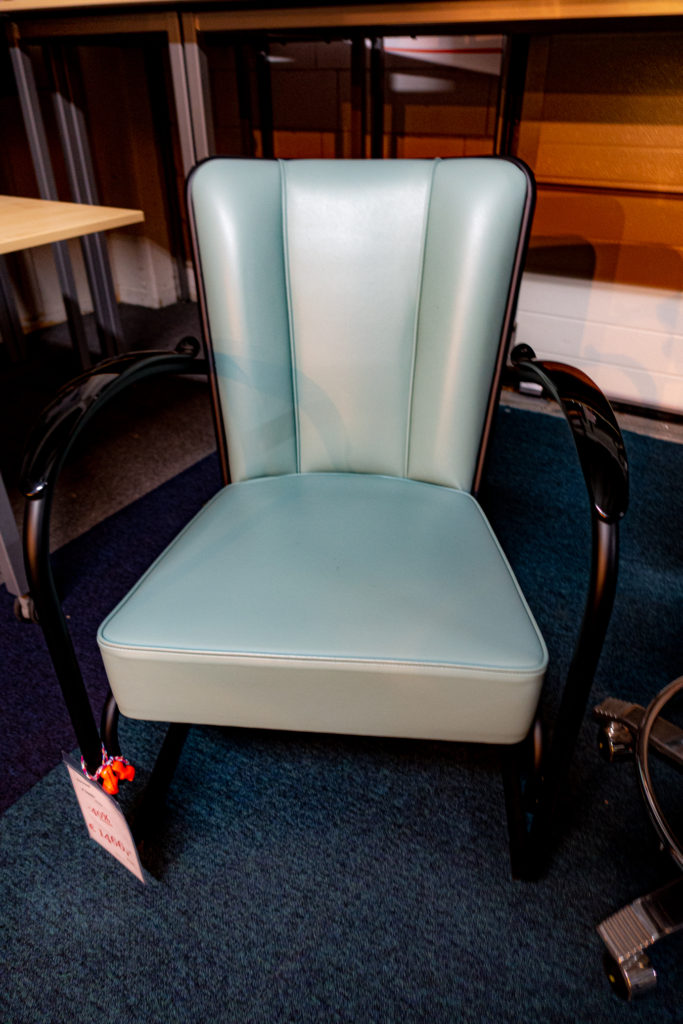 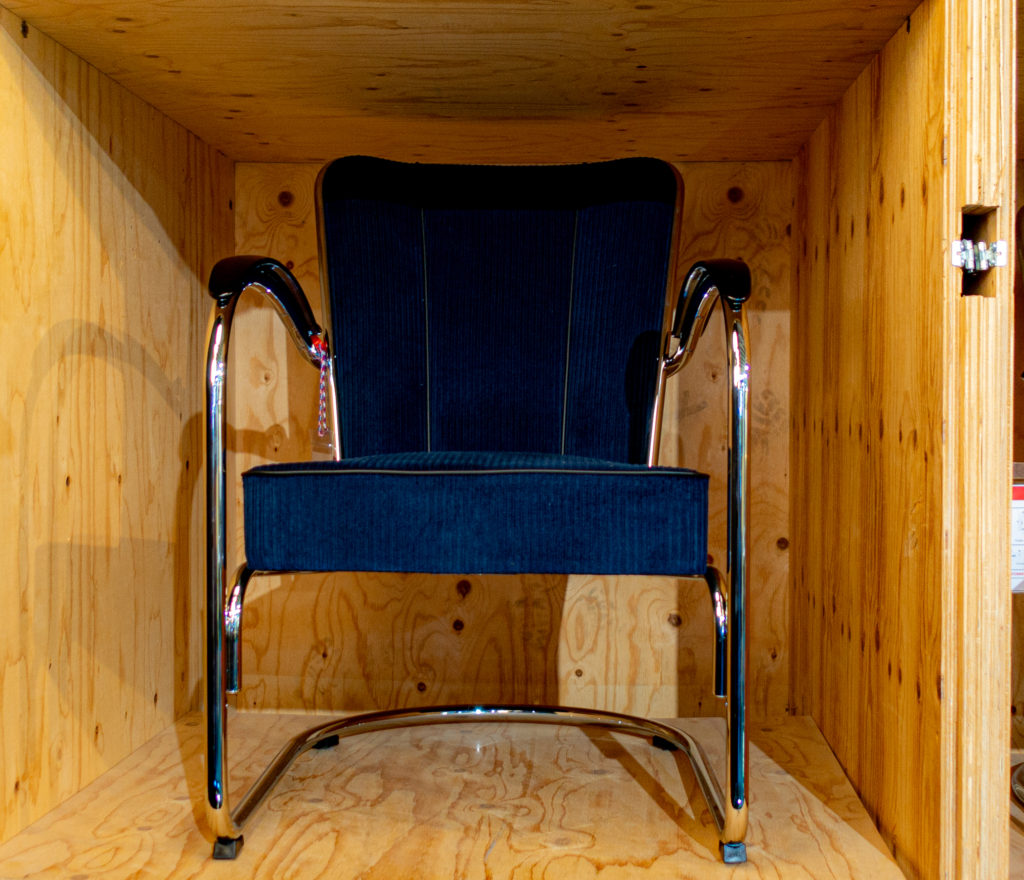 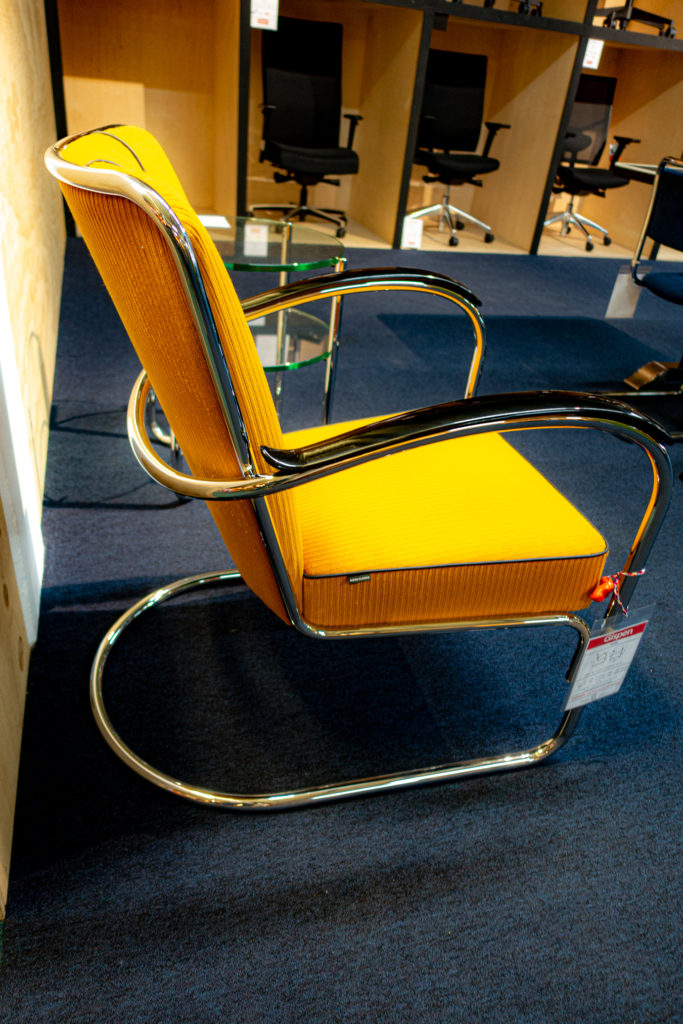 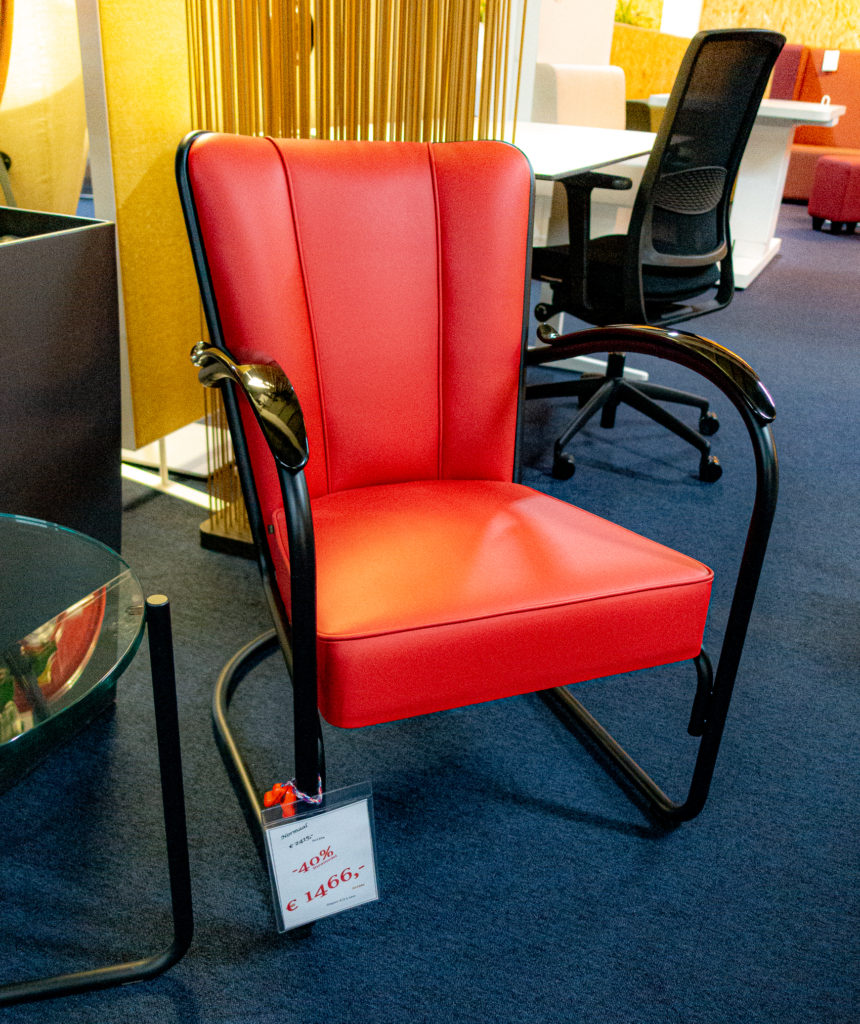 Delft, a city in The Netherlands, has a Gispen Outlet where I photographed these 412S Chairs by Willem Herman Gispen. The 412 is Willem’s most popular chair and the fact these are the first 412’s here on the blog really haas been an omission thusfar. 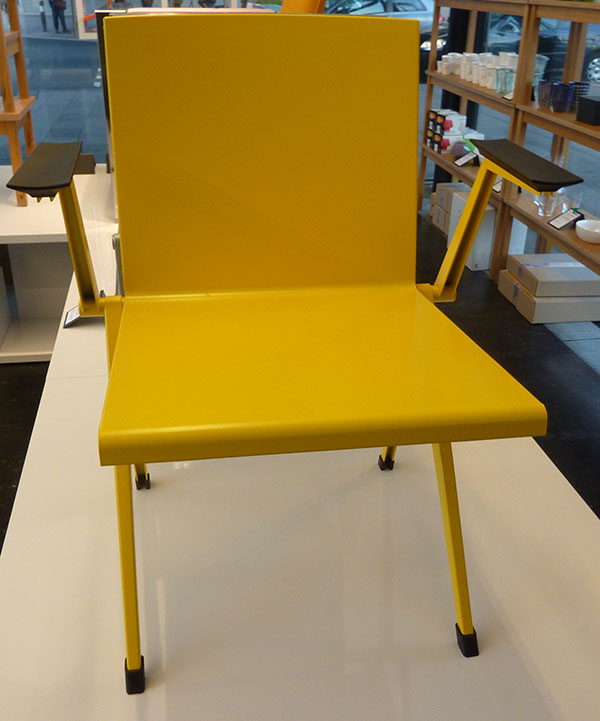 By coincidence I walked into Gispen The Store today. Actually it is here in The Hague. I’d not been there despite there has been a Gispen presence at the very place of the store for years already. Gispen The Store has been designed by Richard Hutten.

In 1916 Gispen’s predecessor was established by Willem Hendrik Gispen, who himself is a famous chair designer.

Industrial Designer, Willem Hendrik Gispen (1890-1981), specialized in wrought iron and ornamental metalwork. His vision was to carry his designs to the Office Furniture world and so began the inception of Gispen in 1916.

Starting in 2011 Gispen is slowly but gradually opening up again to the general public and the private home market. For years and years it sold its products mainly through distributors and professionals like architects and interior decorators and its main markets were the office and contract markets. Hence it had and has a comfortable position.

Actually that and Gispen’s very poor web presence were reasons I haven’t paid much attention to them earlier. That may change now.

The opening up to the general public and setting up a direct selling channel to individuals coincided with the creation of a new label NgispeN and the merger of the Gispen and Hutten product lines into NgispeN.

If you like to read more about the Hutten Gispen cooperation, please read this release

In Gispen The Store I stumbled on this yellow re edition of Rietveld’s Mondial chair. Here the armchair version. Note the difference with the original Mondial that Rietveld designed for Gispen already in 1957: Seating is now made of aluminum instead of polyester.