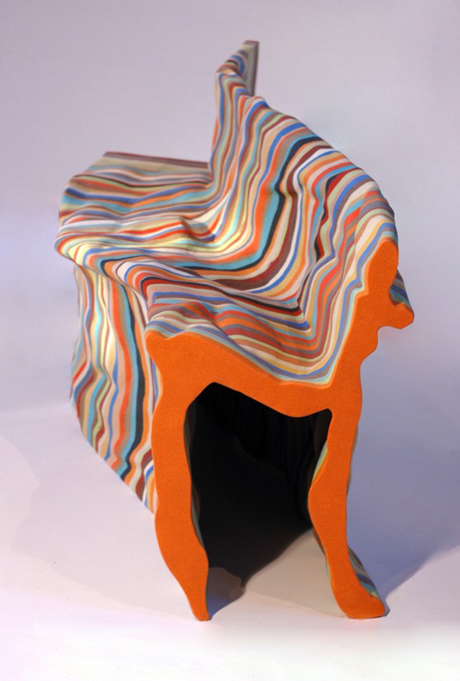 Julien Carretoro, who is located in Eindhoven, The Netherlands, developed this To Be Continued Bench.

Julien himself about the Bench:

It deals with creating a real and recognizable uniqueness within serial production. Instead of leaving randomness manage the differences, it uses the repetitive actions existing within the production process as a tool for differentiation.

Then each piece produced comes as a result of a process applied on the piece that came before. Each piece is then existing because of the others and couldnâ€™t have been designed without the others.

Each layer is casted on top of the one casted before following the exact outline of it. Because of the imperfection of the cast, the object slowly mutates and start designing itself.

2 thoughts on “To Be Continued Bench by Studio Julien Carretero”