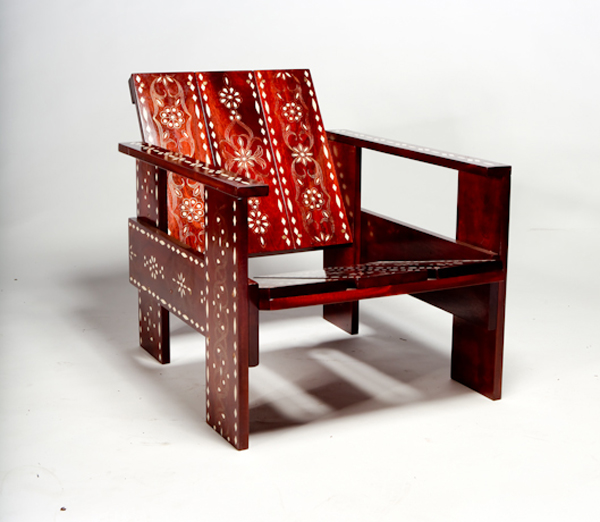 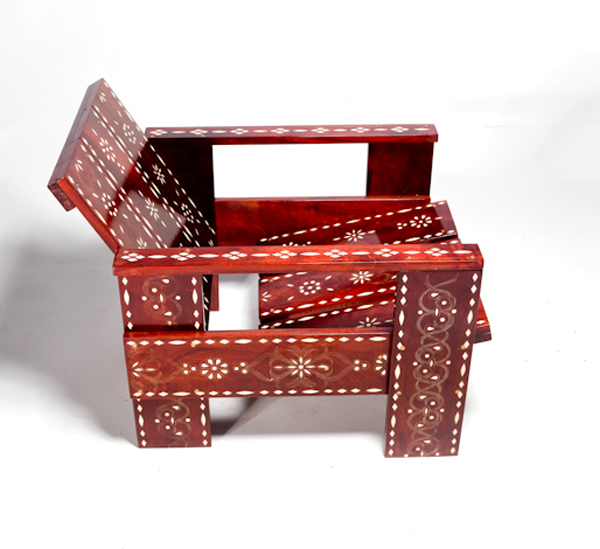 Through engaging in the daily life of Casablanca the designers would gain insight into Moroccan culture and perception.

Van der Veldt was impressed by decorations engraved on wooden benches and the typical in layed Moroccan boxes. In the Medina he found a small community consisting of furniture makers. Van der Veldt worked with an engraver, Mohssine El Lyounssi, and a carpenter, Abdellah Lebchina, remaking a crate fauteuil designed by Gerrit Rietveld in 1934 while applying the traditional Moroccan geometrical inlaypatterns using copper threat and sheep bone.

About David van der Veldt
David is a Dutch designer who studied furniture making in Amsterdam, followed by studies at the Gerrit Rietveld academy, where he graduated from in 2009. He started his own design studio DVDV Design.