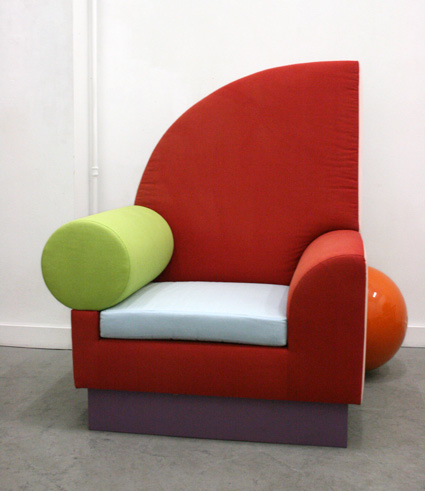 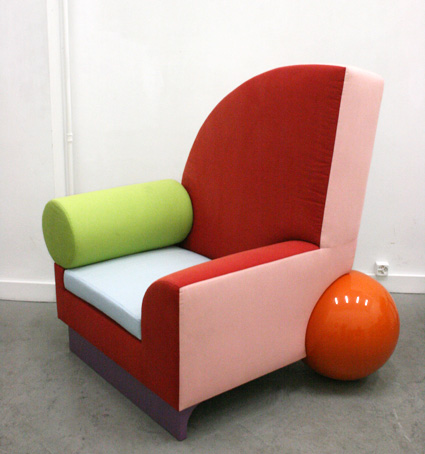 Born in Los Angeles, in the Echo Park area where he still resides today, Shire is a native in a city that prides itself for the many cultures and languages it comprises. Shire recognizes the role his family had on both his social commitments and the development of his art. In particular, the artist acknowledges that his father’s concern with craftsmanship, with which he became familiar while working in his furniture design and manufacturer business, had a powerful impact on his later artistic views.

Shire does not reject the rich heritage of twentieth century art, and references to Bauhaus, Futurism, Art Nouveau or Art Deco are to be ground throughout his work. However, his art dismisses a facile linear trajectory and replaces nostalgic connotations with eclectic playfulness and subtle irony. One of the original members of the Milan-based Memphis group, Shire has challenged the rigidity of modernist vocabulary and has boldly articulated a novel languages defined by an unexpected visual dialogue between forms and surfaces and between technology and aesthetics. It is precisely this aspect of his art that has established him as one of the essential contributors to the postmodern critical debate.

Kissthedesign is a gallery in Lausanne with an unique profile, as it confronts design of the 20th with art of the 21th century. The high end selection of Kissthedesign combines selected classics by among the most important designers of the 20th century, like Le Corbusier, Charles & Ray Eames, Eero Saarinen, Gio Ponti, Hans J. Wegner etc, postdesign experimentations with 80’s designers like Ettore Sottsass and exclusive and rare pieces from 1945 to 1985.

The Gallery Kissthedesign opened in march 2010 at the initiative of two awarded artists graduate in art and design from the Haute Ecole d’Art et Design (HEAD), Geneva and the Kunsthochschule für Medien, Cologne

Kissthedesign is an expertise in mid century design furniture and contemporary art.