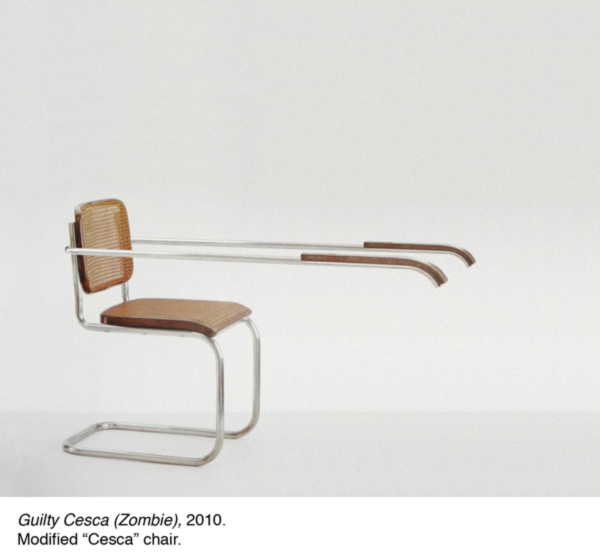 Just found it on cafetschichold via Tumbling. Curious to know who is responsible for this Cesca Parody. Google suggests Mexican artist Edgar Orlaineta…which is in line with Steve Turner Contemporary’s site and with Cosmocopa.