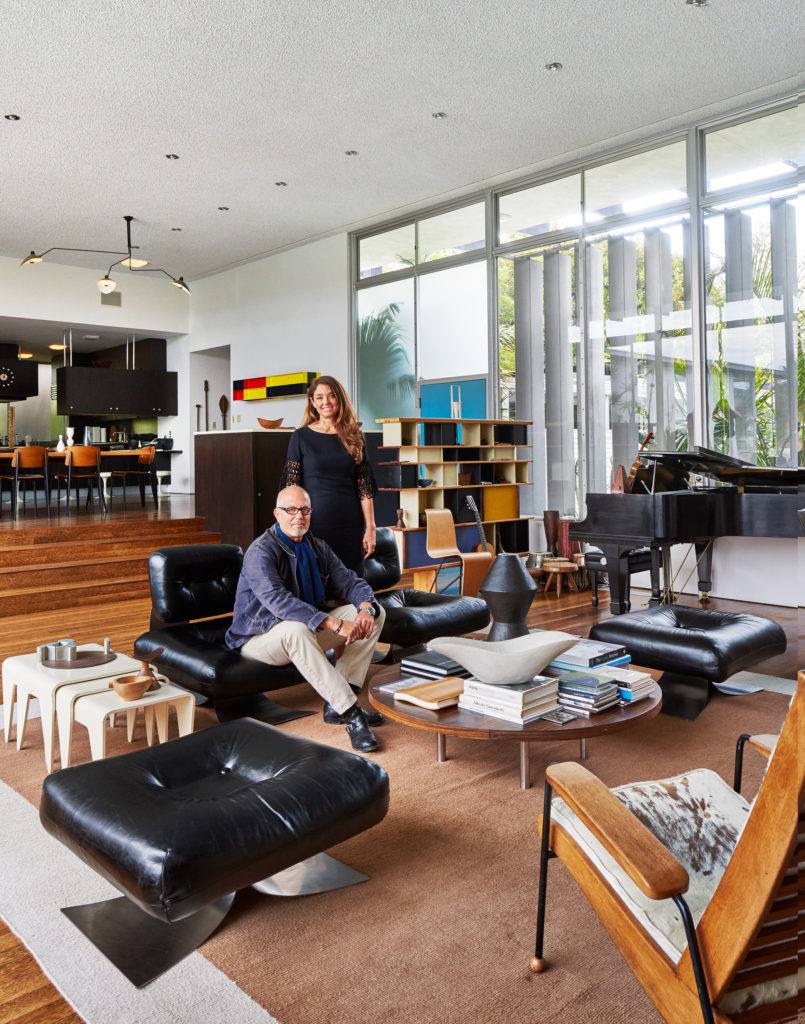 Time to ask the reader’s attention for an important chair collector: Michael Boyd and his wife Gabrielle.

Boyd was working as a music composer for advertising, television and film, in San Francisco when he and his wife, Gabrielle Doré, and their two sons, relocated to Manhattan. They had purchased the iconic Beekman Place townhouse of Paul Rudolph, which was in desperate need of renovation after the modernist architect’s death in 1997.

At the time, Boyd was already known as a serious collector, thanks to a 1998 exhibition at SFMOMA that featured more than 100 pieces from his collection of furniture and objects by various 20th-century designers.

His work on the Beekman property was widely admired, featured in the New York Times and many international design publications, and its success lead him to his next project: a major renovation of Oscar Niemeyer’s white-brick-and-glass Strick House, in Santa Monica, which Boyd and his wife purchased as their next home the day they sold the Rudolph property. The famed Brazilian architect’s only North American residential commission had been on the verge of demolition by a local developer, despite the outcry of local preservationists.

Other renovations followed. The Boyds are based in Los Angeles and San Francisco.

Boyd is the founder and designer of PLANEfurniture, a line of architectural furnishings,

He is the principal of BoydDesign, a consultancy for the restoration and preservation of modernist architecture, and for collecting modern art and design. He is an internationally renown and widely published expert on 20th century design and post-war Modernism.

Boyd is featured in Collecting Design by Adam Lindeman (Taschen, 2011).

Boyd and his wife were featured inW Magazine

PLANEfurniture has its about section.