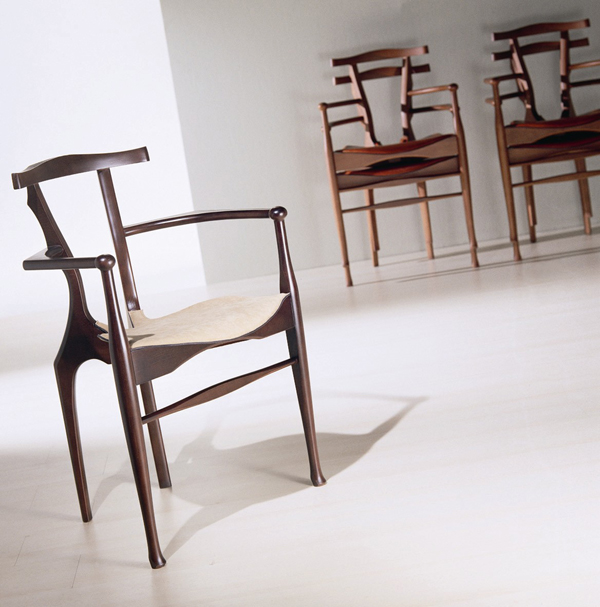 Bd is going to launch an improved re-edition of the historic Gaulino chair which, designed in 1987, was selected for the Industrial Design Prize and Adi-Fad in 1989 and in Iberdiseno in 1990.

Reportedly Oscar Tusquets Blanca was influenced by Antoni Gaudi and Carlo Mollino: this is why the chair was called Gaulino.