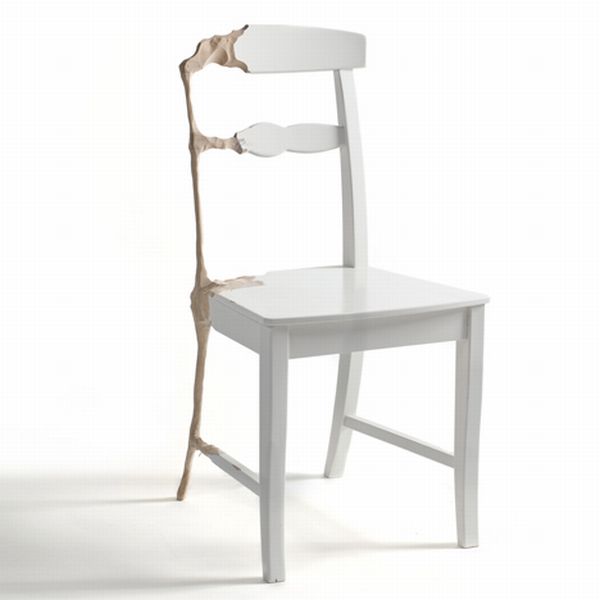 Tjep showed the Recession Chair at Dutch Design Week 2011. Amazed as Tjep was other designers hardly seem to pay attention to the recession…..:

We took an Ikea mass produced chair and started sanding it to the finest possible version. The result is a process where the chair goes from normal, to diminished, to skeleton like. The resulting object is barely functional as it most likely wont withstand the weight of the person it’s trying to support, much like a society plagued by recession

Uncomfortable Seating in another meaning….

2 thoughts on “Recession Chair by Tjep”